West Sechelt Elementary School has teamed up with the Canadian Medical Football Team for their annual international trip to the World Medical Football Championships.
Jun 14, 2019 6:00 AM By: Coast Reporter Staff 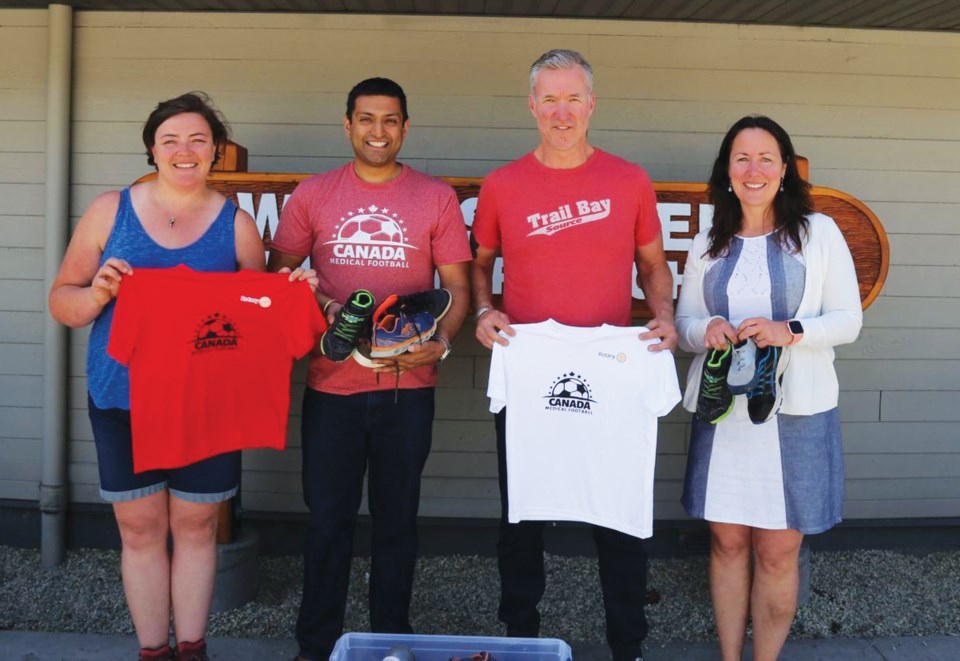 West Sechelt Elementary School has teamed up with the Canadian Medical Football Team for their annual international trip to the World Medical Football Championships. The annual event will see 24 teams of physicians congregating in Mexico this year from countries as far away as Australia. For the first time, the Canadian Team will be participating in an international service project with a local Rotary Club in Mexico.

Team Canada physicians from across the country, 37 in total, have been collecting gently used running shoes that were identified as a need for children in a school near the annual conference.

Lisa Allen, acting principal of West Sechelt Elementary, ran the idea by her school parents’ council and they were able to collect shoes in advance of the trip.

Trail Bay Source for Sports’ Josh Romer was providing the jerseys for the Canadian team and when he heard about the community service project, he decided to help out as well. Along with employee Aspen Wing they provided two full sets of kids soccer jerseys for the school so the children will have brand new uniforms, and the local Rotary Club provided funding for the jerseys as well.

“We were proud to participate with the Sunshine Coast Rotary Club in providing soccer jerseys for these underprivileged youth in Mexico,” Romer said.

Local physician Dr. Paul Dhillon will be attending the tournament in early July as a member of the team and will be delivering the jerseys and shoes to the school in person.