Complications arose from COVID and permit delays
Jun 25, 2021 6:00 AM By: Keili Bartlett 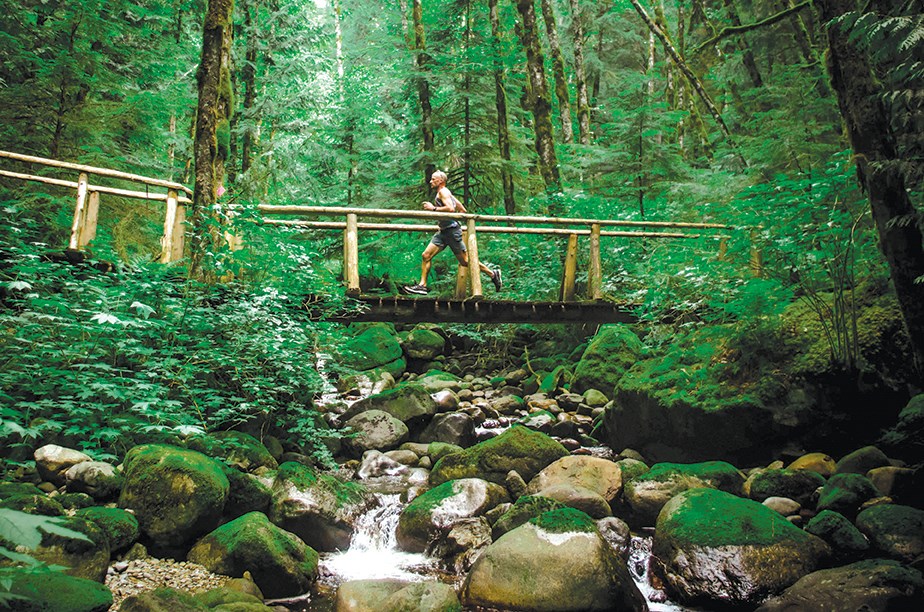 The organizers who brought the Puddle Jumper Classic ultramarathon and Sunshine Coast Trail Series to the Coast have decided to walk away from planning future events, after COVID cancellations.

“2020 was going to be a breakthrough year with more numbers, as well as having people from the Coast, having people from farther afield come to the events,” Team Wolverine Athletics co-founder Mike Chadwick told Coast Reporter. “I would say, as you’re aware, 2020 didn’t go to plan.”

Trail running races and similar events have to cover their expenses upfront, he said. There’s insurance, medals, permits and other costs to pay. When COVID restrictions started coming into effect in March 2020, some people had already signed up for that year’s events. Team Wolverine Athletics decided to close registration and consider postponing events.

Coming into 2021, it looked like events for the fall may be possible, so Chadwick reached out to different organizations and was informed they would need permits for areas of Crown land and trails. With the current backlog of applications, Chadwick said they would not be able to get the required permits for 24 months.

“It didn’t really seem tenable for us,” he said, after already carrying over previous expenses and considering the application fee for the necessary tenure.

“It was quite disheartening, because we put our heart and soul in it. I know some of the other race directors in B.C., and it’s not something you go into to make a small fortune. It’s a passion project,” Chadwick said.

“There’s been a lot of time that we’ve invested in it, so it’s disappointing that because we were unable to get any government funding, because there is this red tape with the provincial government, we kind of have to walk away from things.”

Chadwick and his partner Randi started Team Wolverine Athletics after they moved to the Sunshine Coast from Port Moody in 2016.

“We were surprised at how many trails there were, how good the trails are and – it was quite surprising – you could go out for like, five, six hours and not actually see anybody, because there’s so many trails there,” Chadwick said.

When they noticed there were no trail running events in the area, Chadwick said they decided to organize a classic ultramarathon.
In 2017, Team Wolverine Athletics launched the Puddle Jumper Classic, with 50 or 25 kilometres. The following year, they expanded to include a variety of shorter distance races in the Sunshine Coast Trail Series and the endurance Soames Grinder race. And while they began plans to introduce a backyard ultra called On the Edge of Insanity in 2019, the following year the COVID-19 pandemic cancelled many plans in the works.

While Team Wolverine Athletics’ event planning has come to an end on the Sunshine Coast, Chadwick said they would be happy to meet with anyone on the Coast looking to put on future events and share their experience.

Chadwick said he would like to thank the sponsors, volunteers and donors for their support and understanding.

As for Chadwick and his partner, they’ll be volunteering at the Squamish 50 races this October as they continue to support the running community.