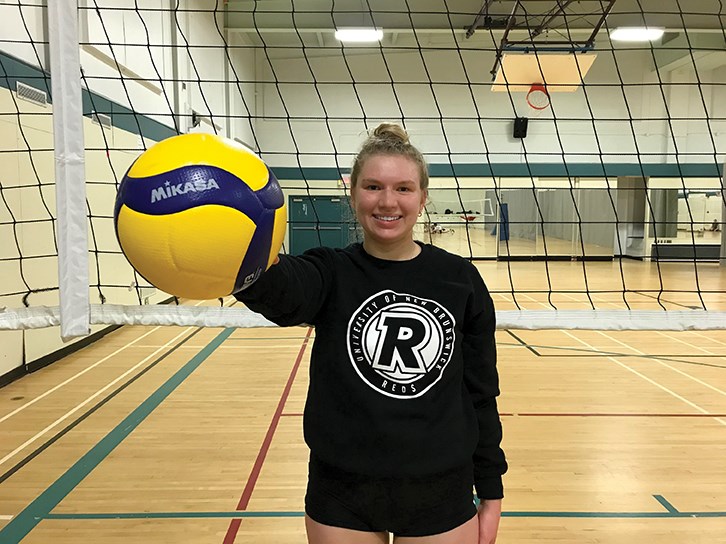 As Lorren Benko finishes her last year of school on the Sunshine Coast, the Chatelech Secondary School senior has her eyes set on the East Coast.

This fall, 18-year-old Benko will be joining the University of New Brunswick (UNB) Reds varsity volleyball team as a setter.

“I really wanted that sense of being on a team,” Benko told Coast Reporter. When she was introduced to volleyball during cross training for swimming, she found what she was looking for.

Since she got her start, Benko has played for the Eagles for four seasons, and with North Vancouver’s BCO Volleyball Club for two years. A variety of well-known Sunshine Coast coaches, including former Team Canada captain Kyla Richey, have had a hand in helping Benko grow through the sport.

In a press release announcing Benko’s addition to the team, Reds head coach Richard Schick said, “To be able to add a lefty setter of Lorren’s skill and size bodes well for our program for years to come. I first worked with her two years ago, and it was evident to me then that she’s someone who has the energy and attitude to make a positive difference on a team and her teammates.”

Her plans for university came together when Benko, who will be studying kinesiology, asked her BCO coach about playing volleyball at a university level. Within the same practice session, her coach asked if she would be interested in moving to the East Coast.

After a call with the UNB coach and some of the team members, Benko’s initial hesitation to move far from family had turned into certainty about the opportunity offered.

“It ended up being the best decision that I’ve made,” Benko said. “They really welcomed me and they were treating me like family.”