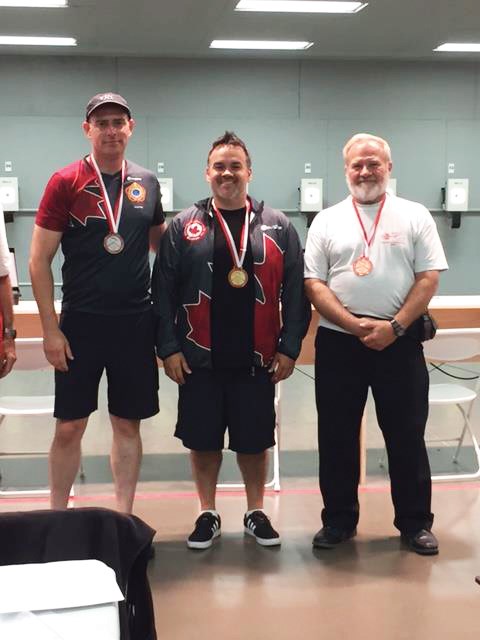 Gibsons’ marksman Allan Harding won first place in the men’s 10m pistol event at the 2017 Canadian National Pistol Championships – and he was going for gold in the 50m when Coast Reporter went to press on Aug. 2.

The National Pistol Championships are being held July 30 to Aug. 7 in Cookstown, Ont., and while Harding has been incredibly busy with practice and competition at the Nationals, he put up a public post about his gold medal win on July 30.

“Today I took home the gold in the men’s 10m pistol event and became the 2017 Canadian National Champion!” he posted, along with a close up of his gold medal.

Harding upped his training in the 10m earlier this year, after hearing that the 50m men’s division could be cut from the 2020 Olympic games.

The International Olympic Committee approved the cut in June, as a way to make shooting events at the Olympics more gender neutral.

Now 2020 Olympic hopefuls competing with an air pistol can only join a mixed 10m team.

Despite the change, the 50m men’s event was still available to compete in at the Nationals and Harding was eager to show his precision in the discipline.