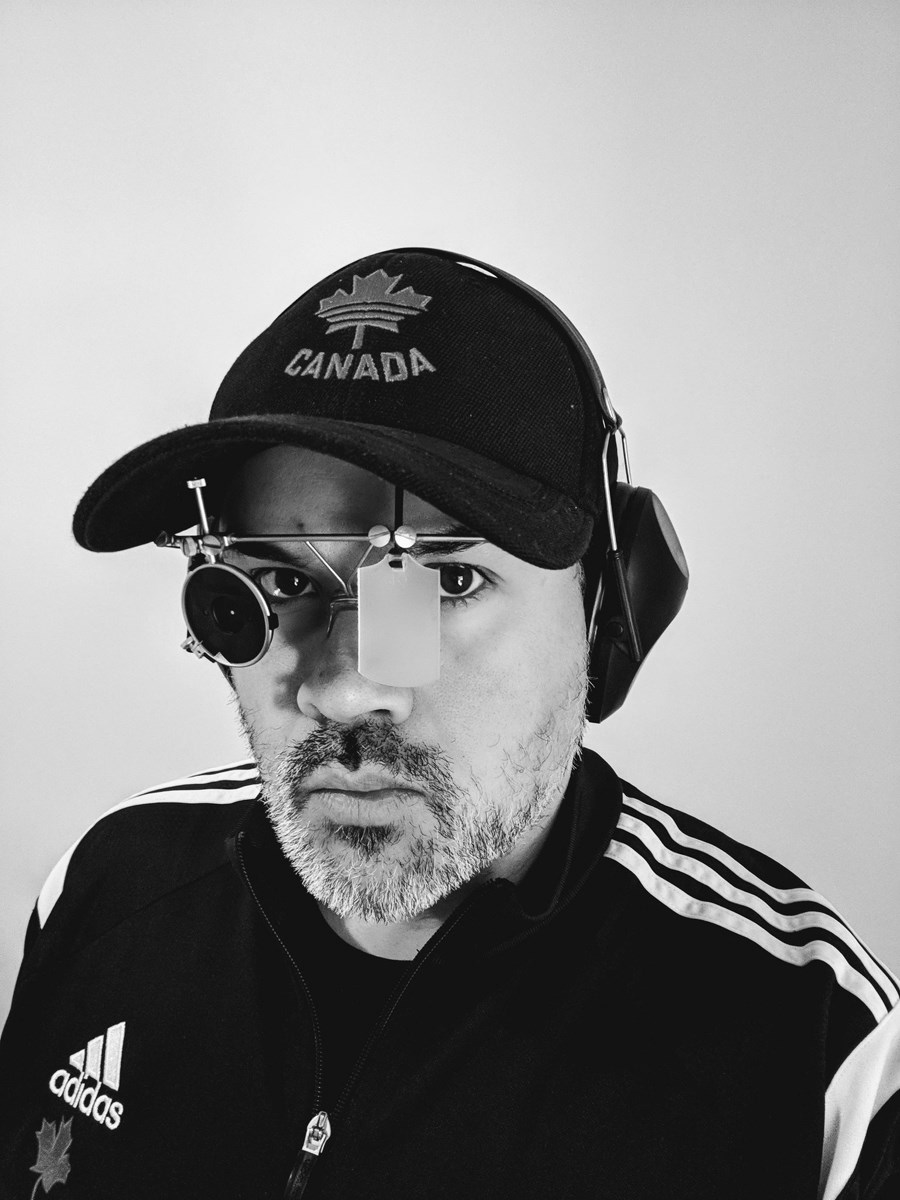 Allan Harding, a pistol shooter from Gibsons, has achieved the world ranking of 123.Allan Harding Photo

Gibsons pistol shooter Allan Harding has been plane-hopping to the U.S., Ontario and Germany for national and international competitions, and the dedication is paying off – for the first time in his career, the 2016 and 2017 Canadian National Pistol champion has achieved world-ranking status with the International Shooting Sport Federation (ISSF).

“It’s been pretty good – I’m definitely shooting the best I ever have right now,” said Harding, who is ranked 123rd in the world following the final stage of the 2018 ISSF World Cup Series in Munich, Germany. To achieve world-ranking status, athletes must shoot above the Olympic Minimum Qualification Score (MQS) at a world championship. Currently there are 148 world-ranked shooters.

Harding, who shoots in 10-metre air pistol (.177) and 50-metre pistol (.22) events, has branched out to the mixed-team event, which combines the scores of both genders on a two-person team. He and teammate Kimberly Britton shot for a combined score of 733 at the ISSF World Cup Stage in Fort Benning, Ga., from May 7 to 15, where he also achieved an individual score of 562. It was the first time he competed in the mixed-team event. “It’s definitely a different experience, so it was good to go through that,” he said.

Then, Harding flew to the Canadian High Performance Team Trials in Cookstown, Ont., before hopping on a flight to the ISSF World Cup stage in Munich, where he achieved an individual score of 568, which exceeds the MQS of 563, and is a few points shy of his personal best. He also achieved a mixed-team score of 747 with partner Patricia Boulay.

“I’ve put a lot more discipline into all areas of my life and things are starting to click a little bit,” said Harding of his recent successes. He has been focusing on mental training and mindfulness.

“It’s so easy to have your performance just totally get derailed by a few bad shots, and if you’re not able to recover from that mentally, it can spiral.”

While June provides a minor reprieve from travel, Harding will be off again in early July, when he will compete to defend his title in Cookstown at the Canadian Nationals. His 10-metre mixed-team event partner will be Lynda Kiejko, who competed in the 2016 Olympic Games and won two gold medals at the 2015 Pan Am Games.

In addition to shooting internationally, Harding also organizes Target Sports Night at the Sunshine Coast Rod and Gun Club on Thursdays. Youth are invited to learn from archery, rifle and pistol shooting coaches about safety and the fundamentals of target shooting.