Dean Schutz wraps up his last season with Thunderbirds 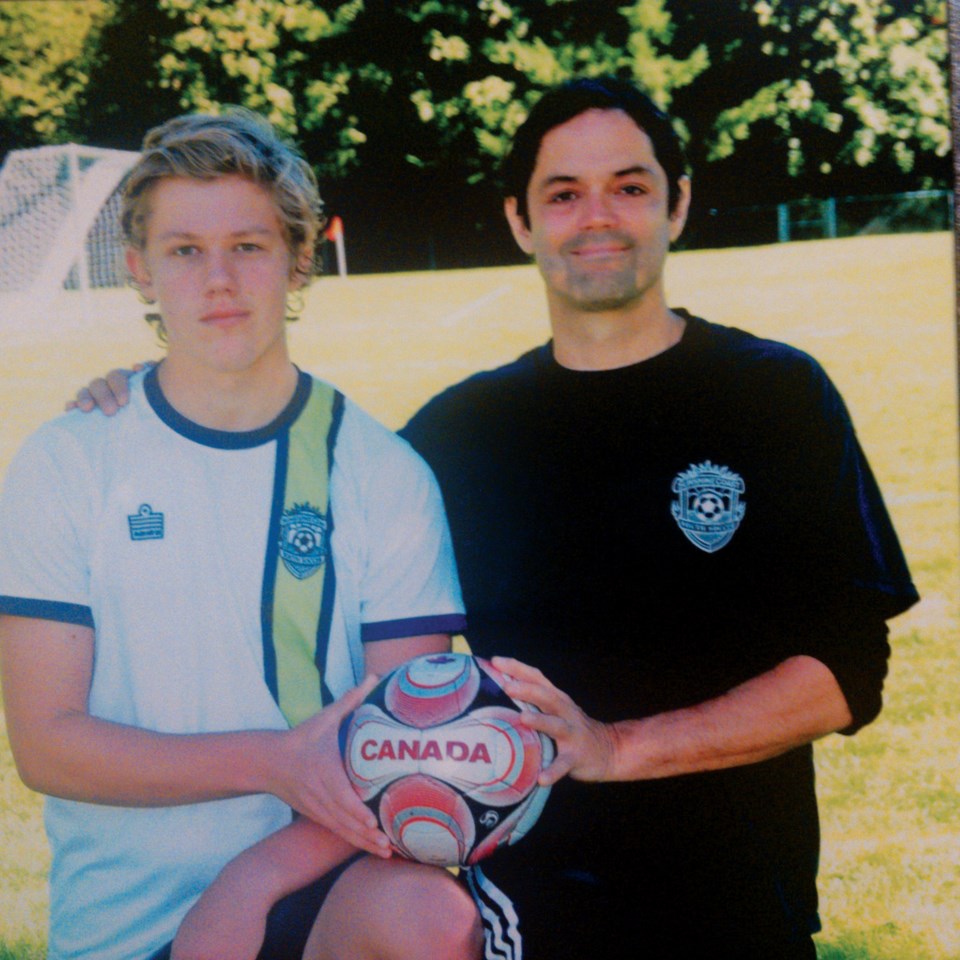 Dean Schutz and his son Cole.

Dean Schutz is a well known soccer figure on the Sunshine Coast, and after almost 20 years of coaching, he will retire from his eight-season career with the SCYSA U18 Boys team, the Thunderbirds.

Schutz has always loved the game of soccer. He played it as a youth, and still plays to this day. Friends would say he is a serious fan. He loves to watch it both live and on TV, supporting the Whitecaps, Liverpool and his children. In 1993, he joined the Halfmoon Bay men’s team and still plays for them.

When Schutz’s oldest child, Maya, joined Sunshine Coast Soccer in 1999, Schutz’s coaching career began and he has been coaching ever since. He has been involved in coaching all three of his children, two of them at the rep level, Zoey for two years and Cole for eight years. Schutz is a very passionate person and commits himself fully to what he cares about. It is the same with coaching. He has the ability to connect with soccer players of all ages, which is a valuable quality. He put a lot of effort into education and training behind youth coaching, and sharing knowledge and experience.

The Sunshine Coast Youth Soccer Association is another thing Schutz is passionate about.

In the early years of his coaching he was involved in the running of the soccer league: sitting on the board, helping beginner coaches with their training, helping to organize the running of the play days for the first and second year players. Former board members remember his dedication to improving the game on the Coast, and his original design of the SCYSA logo, still used today. Jay Ritchlin, current president of the SCYSA board, would like to thank Schutz on behalf of the association, for his many contributions to soccer in our community. Schutz’s commitment over many years is an inspiration to all.

Schutz has coached the boys’ rep Thunderbirds for an amazing run of eight seasons, together with Billy Davies co-coaching for three seasons and for many previous seasons with Jeff Wadge’s assistance. Schutz and Davies completed their final season with their U18 boys wrapping up as North Shore League Champions for the second year in a row. The Thunderbirds family and friends are so proud of this team and very grateful to Schutz and Davies for their countless hours both on and off the field. Their contribution to our community through supporting our boys has been a labour of love and true dedication.