Athletes with Sunshine Coast’s Chinook Swim Club will be benefiting from a $5,000 Olympic Canada Legacy Grant – allowing them to participate in events virtually.
Dec 24, 2020 6:00 AM By: Sophie Woodrooffe 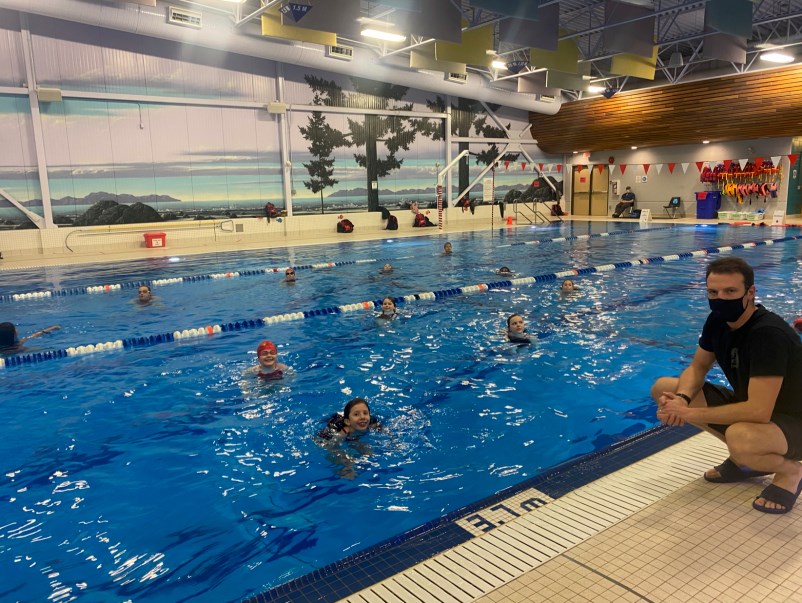 Athletes with Sunshine Coast’s Chinook Swim Club will be benefiting from a $5,000 Olympic Canada Legacy Grant – allowing them to participate in events virtually.

The organization awarded 10 grants this year to former Olympic athletes, including water polo player Con Kudaba, who participated in the 2008 Summer Olympics in Beijing and who has been a coach with the Chinooks after moving to the Sunshine Coast about two years ago.

“This grant is a great gift to the community of the Sunshine Coast. Not only will these funds support the safe and inclusive environment that swimming instils, but will also have a lasting legacy towards all aspiring youth both today and in the years to come,” said Kudaba in the Dec. 18 announcement by the Canadian Olympic Team.

“The Sechelt and area community is eternally grateful to the COC for their generosity and recognition of smaller cities needing sport to bring people and families together.”

According to the grant announcement, the money will be used to purchase timing equipment that will allow athletes to participate in meets virtually.

Swim club head coach Sarah Hynd said one of the biggest barriers the club faces is the prohibitive cost of travelling to meets. With the equipment, athletes can participate in meets but remain on the Coast.

The purchase could also open up opportunities to host meets on the Sunshine Coast once COVID-19 public health restrictions ease, said Hynd.

Kudaba “has been a great asset to our club and the community,” she said.

Swimmers are gearing up to participate in Swim BC’s Virtual Winter Provincial Championships, as long as public health restrictions allow.