A spectacle of skaters 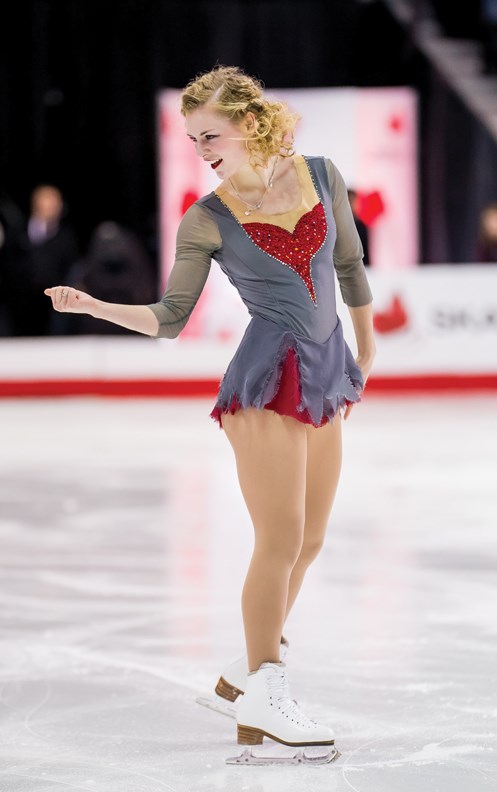 The public is invited to watch some spectacular skating when national and provincial figure-skating champions join local up-and-comers performing at the Sunshine Coast Skating Club’s Annual Performance in Gibsons on March 10.

The 2013 junior national figure skating champion Larkyn Austman dazzled the crowd at last year’s show. After taking a sabbatical in 2015, the 18 year old from Coquitlam is making her comeback, winning the 2016 Provincial Senior Championship and a National sixth-place finish in the Senior Ladies. A crowd favourite, Austman’s solo at this year’s show is sure to be a highlight of the evening. She is coached by the team of coaches at the Coquitlam Skating Club led by Zdenek Pazdirek and Kevin Bursey.

The SC Skating Club (SCSC) is thrilled to have Beresford Clements back to perform. The 14 year old, who originally hails from the Sunshine Coast, has racked up some impressive wins recently, including first place at the 2015 BC/YK Sectionals, the 2014 BC Winter Games and BC/YK Sectionals. He represents Connaught Skating Club and is coached by a team of coaches led by Keegan Murphy.

Local up-and-coming skaters from the Club’s CanSkate, CanPowerSkate, Junior Academy and STARSkate programs will shine with solos and group performances.

The SCSC Annual Performance on Thursday, March 10 from 6 to 7:30 p.m. at the GACC (Gibsons arena) includes a 50/50 draw, silent auction and concession. Admission is by donation. See www.sunshinecoastskatingclub.ca for more.