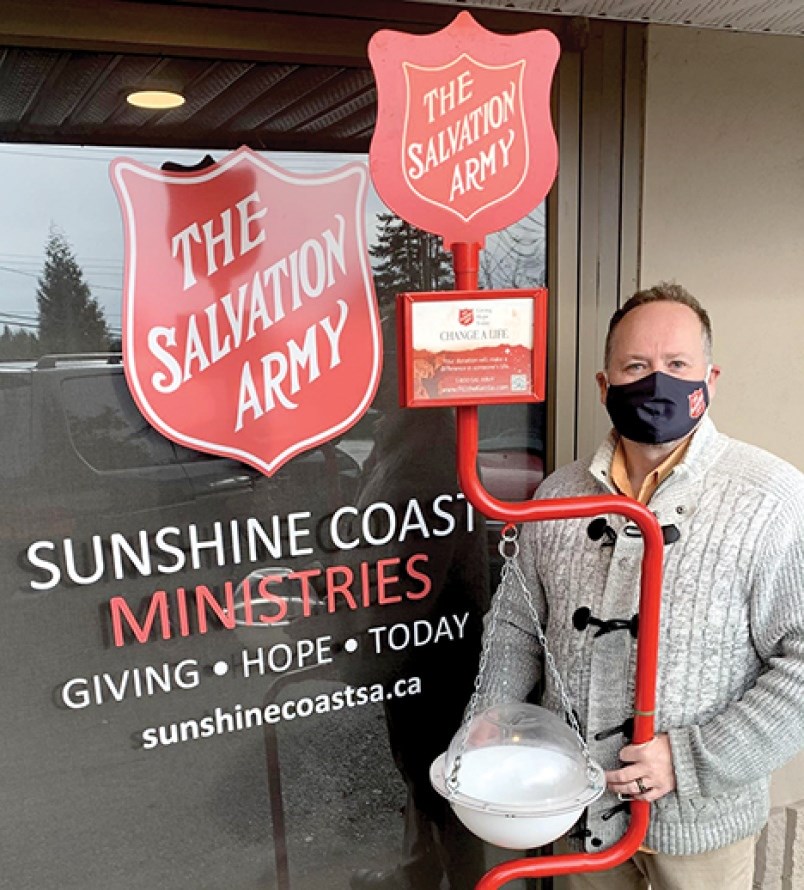 People donated $78,000 to the Salvation Army on the Sunshine Coast during its annual Christmas Kettle Campaign, breaking the organization’s fundraising record.

“These funds will have a direct and meaningful impact on the lives of the individuals and families we serve. And it is because of our community… Thank you,” said the Sunshine Coast’s Salvation Army director Darrell Pilgrim in a release announcing the fundraising total.

The money will stay on the Coast and will be used to feed, clothe and shelter people. It will also help “others escape violence and addiction,” Pilgrim said, adding, “In many cases, we are dealing with our most vulnerable citizens, many of whom are living in crisis.”

COVID-19 added a new challenge to this year’s kettle campaign. Many of the seniors who volunteer weren’t able to participate because of health precautions.

Provincially, the organization hit its fundraising target of more than $4.5 million during the Christmas Kettle Campaign.

In a social media post announcing the total, the organization said the need was great this year.

“Some families have just had one hit after another for so long that Christmas, let alone the basic necessities of life, had become too hard to face. Because of this community and the amazing support we received, Secret Santa was able to reach 60 of these families with a helping hand forward into 2021.”