Study says bioregion could be food self-reliant by 2050 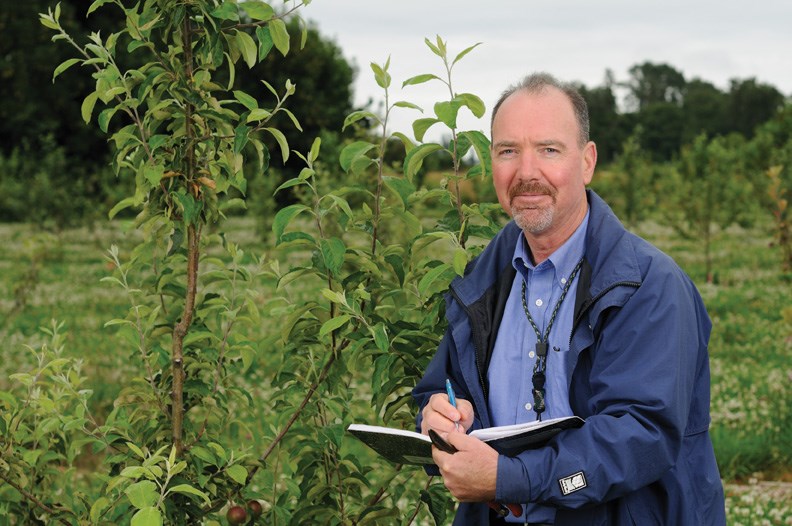 A study headed by researchers at Kwantlen Polytechnic University says it is possible for the Southwest B.C. bioregion to be almost completely food self-reliant by 2050, if current approaches to agriculture change.

The bioregion includes the Sunshine Coast, Metro Vancouver, the Fraser Valley, Squamish-Lillooet, Powell River, and the traditional territories of the Coast Salish around them.

The Southwest BC Bioregion Food System Design Project started four years ago, and researchers were looking at the potential to increase southwest B.C. food production and processing for local markets, whether increasing local food production could improve food self-reliance, benefit the provincial economy, and create jobs, and ways to reduce the environmental impacts from food production in the area.

In a 2014 presentation outlining the project for Sunshine Coast Regional District, Kent Mullinix, director of the Institute for Sustainable Food Systems at Kwantlen, said, “The project is unprecedented in North America and is very ambitious.” He also said at that time that the project was “entirely consistent” with the SCRD’s agricultural area plan and should support its objectives. “We intend to produce a design and a plan that is realistic, grounded and doable.”

The final report, released March 28, shows four different scenarios, based on a 60 per cent population increase.

The first scenario is a “business as usual” analysis. According to the researchers, continuing to approach the food system the way we are now could reduce food self-sufficiency from 40 to 28 per cent because the status quo has led to little farm incomes, “fewer farms, aging farmers, and a tripling of the cost of farmland between 1991 and 2011.”

The report’s second scenario considers “strategically reallocating” future crop and livestock production so “foods produced for export were reduced and production of foods that were needed by the region locally were preferentially produced.”

A third scenario takes the ideas of the second and incorporates practices that mitigate negative environmental impacts of food production on wildlife habitat and through excess nitrogen from livestock manures.

The researchers then take that further with a fourth scenario that involves expanding food production by bringing currently unfarmed arable land into production.

In a release announcing the completion of the report, Mullinix called scenario four “the gold star response that could result in the highest level of food self-reliance for the region while nearly doubling almost every economic indicator examined.”

But Mullinix also said that treating food like any other commodity makes that goal tough to achieve. “Quite clearly, we are at a crossroads. This report shows that we can have a food system that buffers us from the uncertainties of global economics and climate change, and contributes substantially to our local economy… It’s really up to us to decide the kind of food system we want in the future, but we are only able to make good decisions with good information, and we believe this study – which is unprecedented – and its findings help to achieve that.”

The report is available on the KPU website at: www.kpu.ca/isfs/swbcproject

– With files from Coast Reporter archives