The future of long-term care was one of the biggest issues on the Coast during the 2017 election campaign and it’s carried into the current race to be the next MLA for Powell River-Sunshine Coast.
Oct 21, 2020 10:38 AM By: Sean Eckford 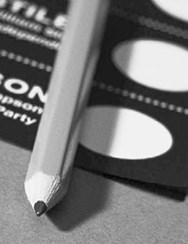 The future of long-term care was one of the biggest issues on the Coast during the 2017 election campaign and it’s carried into the current race to be the next MLA for Powell River-Sunshine Coast.

Long-term care was thrust into the political forefront because of the controversy around Vancouver Coastal Health’s 2016 contract with Trellis Seniors’ Services to build a new long-term care facility and close Shorncliffe and Totem Lodge.

Seniors care was the focus of an Oct. 17 all-candidates forum hosted by the Sunshine Coast Alliance for Seniors’ Care Co-Op, including the debate over private sector involvement, for-profit ownership models and the Trellis project in particular.

“I didn't like the idea when it was sprung on us, under the previous government without any consultation,” NDP incumbent Nicholas Simons said of the Trellis deal. “It was bounced on us as a contract that had already been signed. I said I would do what I could to address it... The [health] minister made a calculation about how much it would cost at that time to cancel a contract and pursue defending that decision in court for years.”

Simons also said once it decided the Trellis contract would go forward, the NDP moved to ensure protection for workers.

“If it was up to me, you all know what I would do,” he said. “My preference is always for public or nonprofit care.”

Earlier in the forum, Simons noted that party leader John Horgan is now saying the NDP favours shifting to a fully public system, which is a bit of a change from what he said Sept. 30 when announcing a long-term care strategy.

Green candidate Kim Darwin said her position on the Trellis project hasn’t changed from the one she took during the 2017 campaign. “The community has made it abundantly clear that they do not want a for-profit facility,” she said. “I don't think it is too late. There are no shovels in the ground, I think we still should be able to now go and advocate for a not-for-profit or co-op model.”

Darwin took a slightly softer stand on the Trellis project at a Sechelt and District Chamber of Commerce forum on Oct. 19, saying, “There are no shovels in the ground yet, but if those shovels do get in the ground I hope it won’t prevent us from then getting other funds for other [ownership] models as well.”

Liberal Sandra Stoddart-Hansen said for-profit ownership can work when government sets and enforces high standards and that a partnership “relieves government of the burden of the capital expenditure of getting the facility up and running.”

On Trellis specifically, Stoddart-Hansen said it’s time to “get on with it and get it done.”

“I'm really frustrated by the fact that four years have passed and nothing's happened,” she said, adding that she “would advocate strongly for ensuring the rights and the benefits of those workers who are transitioned, regardless of what facility that they were working in.”

The three candidates did agree on supporting a co-op model for a future facility on the Sunshine Coast. Darwin said cooperatives are one of the ownership models the Green party supports as part of its platform. Stoddart-Hansen called it “a model that has a lot of attractions.” And Simons said, “This is something that not only would we want to see, we’d encourage it.”

The full forum can be viewed online at scseniorscarecoop.ca