Council requests ‘long-term goal’ of 16 ferry sailings a day in each direction
May 6, 2021 5:42 PM By: Sophie Woodrooffe 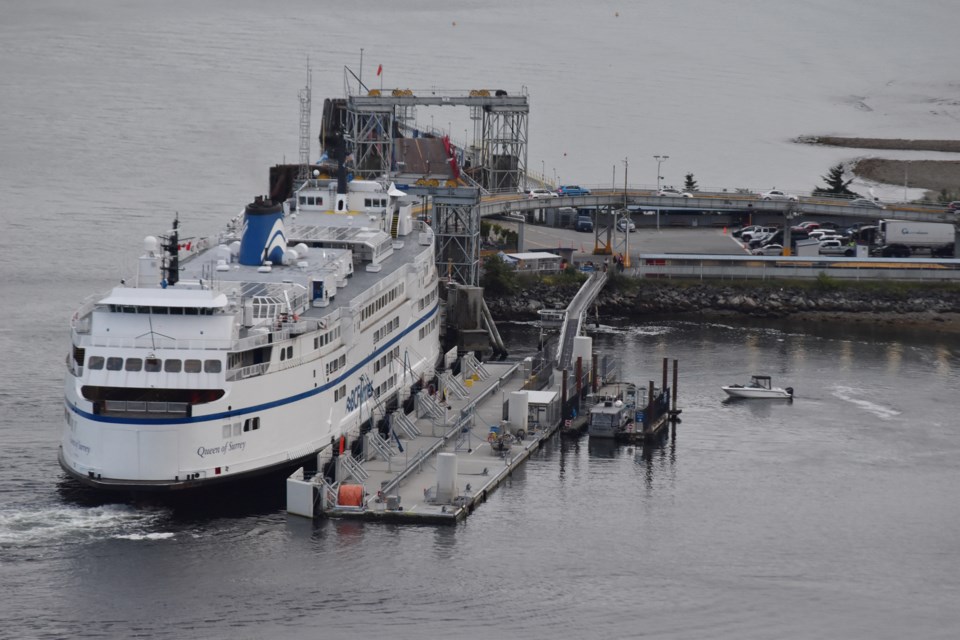 At the first council meeting after BC Ferries spiked its contentious Route 3 trial, Sechelt council hung their hats on four ideas for ferry service improvements they say will receive strong community support.

Council voted unanimously at the May 5 meeting to send a letter to Transportation Minister Rob Fleming, calling for increased service on the Langdale-Horseshoe Bay route and asking for the province to direct BC Ferries to study options for what would do the job.

Among those requests was a long-term vision for BC Ferries to provide 16 hourly sailings.

The letter will be sent to local governments on the upper and lower Sunshine Coast for their support.

Council, through a letter drafted by Coun. Matt McLean, offered up four additional ideas for interim measures they say could be implemented by BC Ferries if directed by the province:

• Add a “secondary smaller ship” to Route 3 to supplement service.

• Share ferries between routes “to prioritize peak service on Route 3.”

“We know that these ideas will receive broad community support,” said the letter.

The request for 16 sailings a day in each direction, meanwhile, was framed as a “long-term goal” so BC Ferries, the BC Ferries Commission and the province can establish a business plan, since it’s not feasible with current infrastructure, said McLean at the meeting.

“The general consensus of everything I’ve heard over the ferries in the last two weeks has been that we need more service, and that’s what this letter asks for,” said McLean, adding it would be up to the “experts to determine which of these are feasible, how much they would cost, and then they can send that bill back to the province,” which would make the ultimate funding decision.

The cancelled summer trial, which would have increased reservation capacity on the route to 95 per cent and charge one-way fares at the Langdale terminal, “brought outcry from many in the community,” said the letter, including in the form of a petition which gathered more than 8,700 signatures.

“It is our stance that this BC Ferries proposal was the best option to better utilize existing capacity on our route and increase satisfaction with the performance of our route,” said the letter, before noting the community “spoke loud and clear” that it didn’t meet the objective of “convenient and reliable access to Metro Vancouver.”

Following the failed ferry trial, “we are focused on moving together with consensus in the community,” said the letter.

Mayor Darnelda Siegers, who in lengthy Facebook posts expressed disappointment the trial wouldn’t move forward and blamed the failed trial in part on the community’s unwillingness “to have respectful dialogue,” thanked McLean for bringing the letter forward.

“I think it does address the concerns that have come up primarily in the community here and allows the province a way to look at how they could potentially put that in place,” said Siegers.

She noted while there are sailings with multiple sailing waits, the overall capacity “is only at 66 per cent.”

“We need to find a way to have the province and BC Ferries be OK with funding and putting some additional service in place,” she said.

“BC Ferries as the operator has the expertise to put that information together.”

Under the agreement, between eight and nine round trips are contracted to be delivered during peak demand and between six and seven round trips at off-peak times over a minimum of 10 to 12 hours of operation.