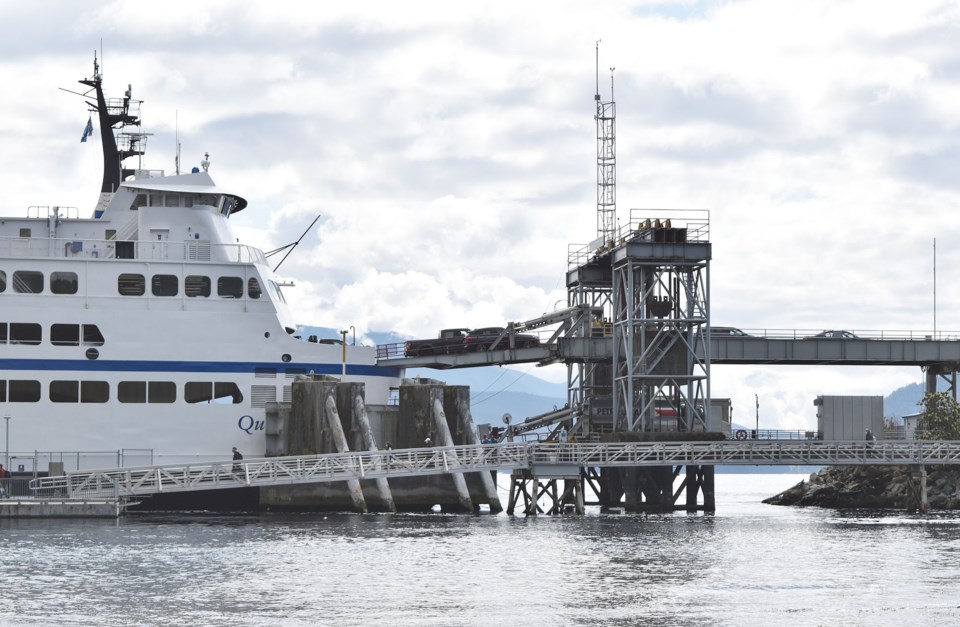 Vehicles drive off the Queen of Surrey at the Langdale ferry terminal on Saturday, May 3. Sophie Woodrooffe

Vehicle and foot passenger traffic on the Langdale-Horseshoe Bay route increased last weekend after taking a deep dive the week before, when non-essential travel restrictions were introduced by Public Safety Minister Mike Farnworth.

From April 30 to May 2, traffic was up 20.6 per cent compared with the weekend prior, and there were no incidents at the Route 3 terminals, according to BC Ferries public affairs executive director Deborah Marshall.

Under the order, unless travelling for essential reasons people must stay within three regional zones, the combined Northern and Interior Health, the combined VCH and Fraser Health, and Vancouver Island regions, until May 25.

While discouraged by Farnworth and public health officer Dr. Bonnie Henry, non-essential travel is still allowed on Route 3, since the crossing from Horseshoe Bay to the Sunshine Coast doesn’t traverse those regional zone boundaries.

“We are reminding all customers travelling on Route 3 that they should be avoiding non-essential travel at this time,” Marshall told Coast Reporter.

Marshall said traffic was down 40 per cent for vehicles and 58 per cent for foot passengers last weekend compared with a similar weekend in 2019.

– with files from Jane Seyd