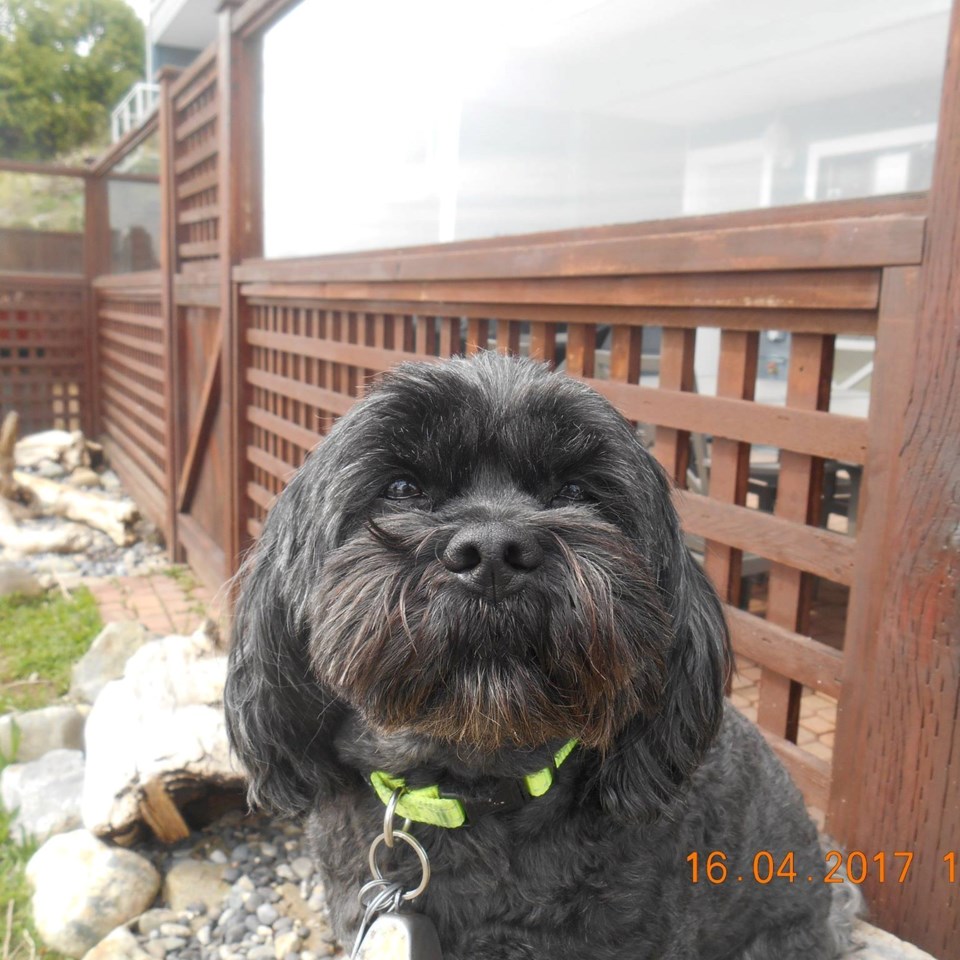 Bo, a 20-lb. Shih Tzu-poodle mix, was killed in a dog attack in Gibsons on May 2. Photo by Sandy Sarov Sandy Sarov Photo

An investigation by the Town of Gibsons bylaw enforcement officer is underway after a dog was reported to have attacked and killed a 20-lb. Shih Tzu-poodle mix on Sunday, May 2.

RCMP Const. Karen Whitby said officers were notified at about 7:30 p.m. while attending a priority call and arrived at the end of the incident.

According to Whitby, two dogs were being walked separately on a field behind Elphinstone Secondary School and “somehow one of the dogs attacked the little dog,” grabbing it by the neck and shaking it.

Several youth at a nearby skate park witnessed the attack and ran over to try to pull the dogs apart. The aggressive dog bit its owner while she tried to separate the animals, according to Whitby.

The RCMP referred the matter to the Sunshine Coast SPCA and Town of Gibsons bylaw officer.

Bylaw officer Sue Booth told Coast Reporter the matter is under investigation. The dog has been identified as a Staffordshire Bull Terrier and as of May 4, has been declared dangerous.

The owner has not faced previous fines or warnings in the Town of Gibsons, according to Booth.

Enforcement options in the town’s dog licensing and regulation bylaw include fines, seizure or authorization to destroy.

Dangerous dogs are defined as those that have killed or injured a person or other animal.

The nine-year-old Shih Tzu-poodle mix named Bo had been well-loved by those in the Gibsons dog-walking community that knew him, according to owner Sandy Sarov.

“He would never even bark at another dog. He was so calm and laid back,” she said. “He loved everybody and everything.”

Sarov, 82, did not witness the attack, since it was a friend who had been walking Bo at the time.

“I drove up there as soon as I got the call but it was too late, he was already gone,” she said.

Sarov said the teenagers who intervened “couldn’t have done any more.”

“They even put him on a skateboard to carry him to the car,” she said. “They were angels.”

Sunshine Coast SPCA branch manager Marika Donnelly recommends that anyone who witnesses or is involved in an attack contact municipal dog control services and document as much information as possible to aid in any investigation.

If an incident happens after hours where public safety is at risk, call the RCMP.