Radon levels in a School District No. 46 (SD46) classroom have tested slightly higher than the World Health Organization (WHO) recommended action level, but below the Canadian guideline.
Dec 18, 2018 5:09 PM By: Sophie Woodrooffe 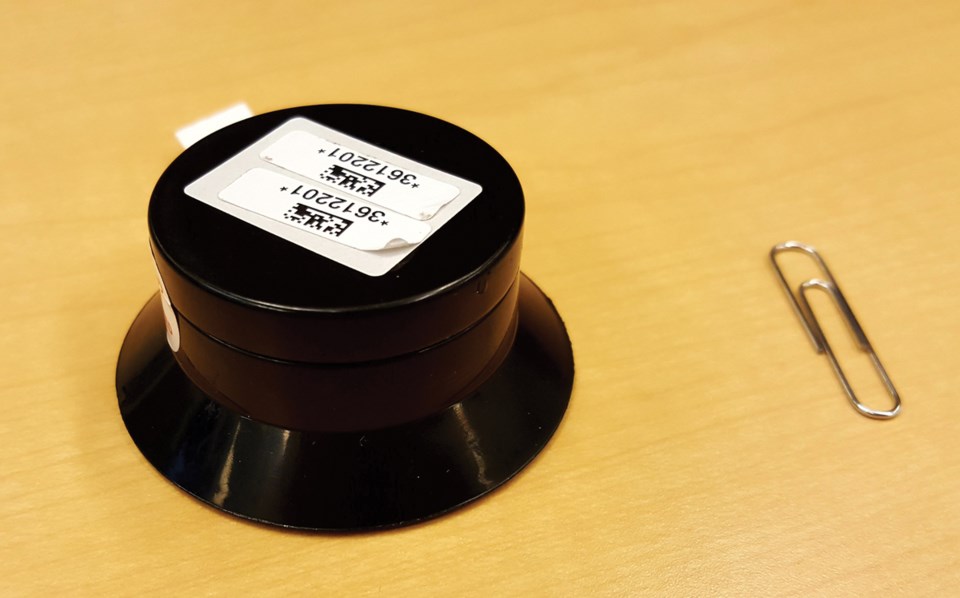 Radon testing devices have been in place in schools for several months. Increased levels were found in the Phoenix Building on Inlet Avenue in Sechelt.Vancouver Coastal Health Photo

Radon levels in a School District No. 46 (SD46) classroom have tested slightly higher than the World Health Organization (WHO) recommended action level, but below the Canadian guideline.

The increased levels were found in a Sunshine Coast Alternative School building on Inlet Avenue in Sechelt, also known as the Phoenix Building, following a study led by Vancouver Coastal Health (VCH), which involved placing radon sensors in classrooms for several months.

WHO-recommended levels are 100 becquerels per cubed metre. In 2007, Canada dropped its guideline from 800 to 200 after studies found the presence of radon to be linked to increased risk of lung cancer.

To reduce accumulation, the district installed a ventilation unit to circulate fresh air into the building. Parents have been notified, the district is working with VCH and new tests will be conducted “over the next several months to ensure that this building improvement has successfully reduced the level of radon,” said Nicholas Weswick, secretary-treasurer for SD46.

The classroom will continue to be used, as advised by VCH, “because a child’s classroom exposure represents a small portion of their overall exposure over the year, and the radon concentrations found are not extremely high.”

Small schools are more prone to radon than large schools, according to a BC Centre for Disease Control (BCDC) primer on radon testing in schools. The primer also states that “often, only one area of the school has a radon problem while the other parts have acceptable radon concentrations.”

Radon is an odourless and invisible gas emitted when uranium in soil and rocks breaks down, according the BCDC. It can accumulate indoors but is found outdoors at low concentrations.