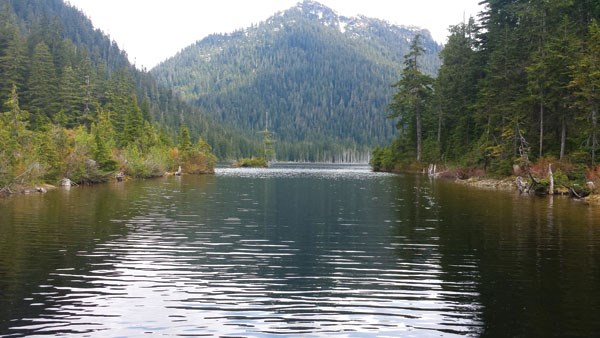 Milne, who is also chair of the SCRD, made the comment in a letter to Environment Minister George Heyman, whose ministry includes BC Parks.

BC Parks will hold an open house May 2 at the Seaside Centre in Sechelt to allow people to “learn about and provide input on potential options being considered to enable the Sunshine Coast Regional District to enhance the community water supply system in Tetrahedron Park.”

Notices of the meeting were on the Tetrahedron Park website and in an ad in Coast Reporter late last week.

Milne’s letter is dated April 27, one day after an SCRD board meeting where Milne said he was starting to hear concerns about the process.

“[There is] a lot of concern coming into Sechelt lines about whether or not it’s actual engagement or an open house with very restricted alternatives, so we’ll see how that plays out,” he told the board. “And a lot of disappointment that it’s not a more open-ended engagement.”

In the letter to Heyman, Milne points out that the community has only had a week’s notice. He also criticized the options being put forward by BC Parks – changing the park’s Class A designation or removing Chapman and Edwards lakes and their associated waterways from the park.

“Neither option considers alternatives nor does the open house provide any opportunity for public input into the preferred public option: none of the above,” Milne wrote.

“It’s important to have a ‘comprehensive’ discussion,” he said. “Because of the magnitude of what is being considered, that should predicate the type of engagement that is undertaken by BC Parks… This is a big deal, so having a little rinky-dinky open house is really not on. It’s not the right process.”

Powell River-Sunshine Coast MLA Nicholas Simons said he agrees that the consultation as currently planned is not going be to be adequate, and he’s been in touch with Heyman to push for a second open house and an engagement process that allows for “all options and considerations to be heard by the provincial government.”

“It should be very difficult to alter the protected status of a park and I’m primarily focused on a proper process,” he said.

Simons also said, based on the feedback he’s been getting as MLA, there may not be a clear consensus. “What I’m hearing is really split, from people I respect greatly on both sides… There are people who think no, there’s no way you interfere with the protected status of a park, and others who say [the SCRD plan] is the only obvious solution.”

Milne’s letter is written on District of Sechelt letterhead and from the district’s perspective on the issue. It outlines the tensions at the SCRD over whether the Chapman project should go forward, calling the board “deeply divided” on the issue.

Milne concludes the letter by saying, “If the current approach continues, the outcomes of the proposed open house will not provide social licence for the ministry’s plans to declassify significant portions of Tetrahedron Provincial Park. In fact, the current approach seems to indicate that decisions have already been made by your staff.”

As environment minister, Heyman can make a recommendation to cabinet about which, if any, option should be considered. If Heyman recommends a designation or boundary change, it must pass a vote in the legislature.