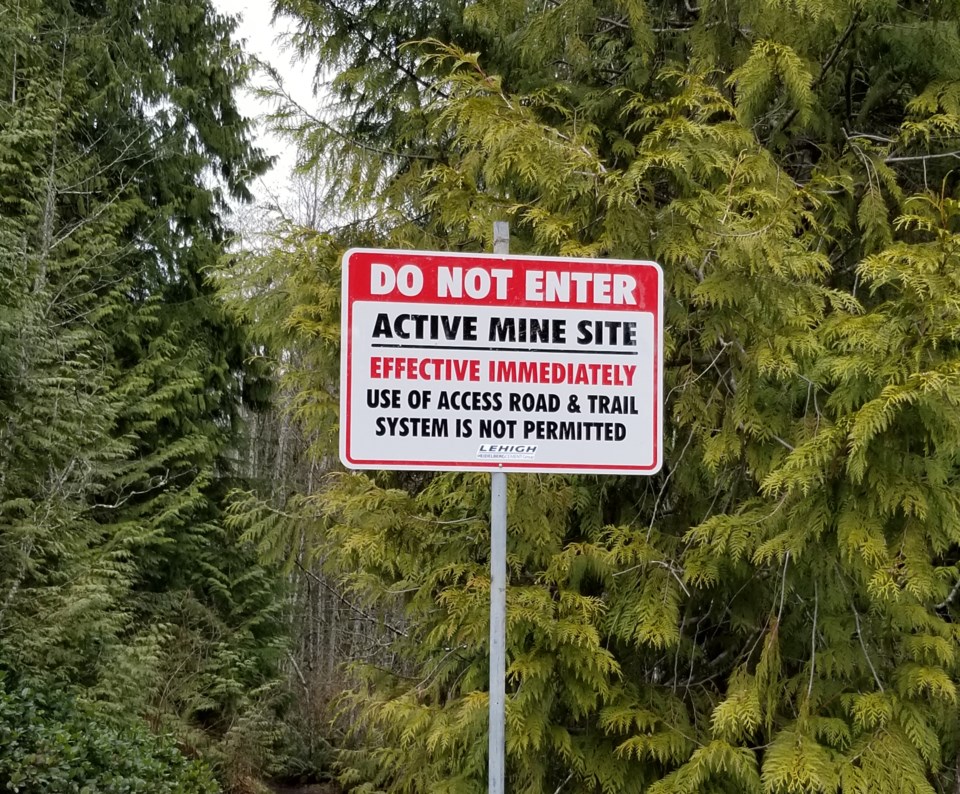 Hikers were surprised to see signs appear on popular trails in Sechelt last week prohibiting access due to mining activities, sparking questions about whether Lehigh Materials is expanding its gravel mining operations.

“Do not enter” signs by Lehigh Hanson Materials appeared on land behind Selma Park, including at the trailhead for Chapman Falls. The signs described the area as an active mine site and that “effectively immediately, use of access road and trail system is not permitted.”

In an email to Coast Reporter, the company’s communications director, Jeff Sieg, said Lehigh’s work in the area and other areas “is covered by our existing mine permit and is not an expansion of our permitted mine area.”

The lands bordering Dusty Road (District Lot 7613) and east of Reservoir Road (District Lot 2725) have been part of Lehigh’s permitted mining area since 1990 and are part of the company’s current mining plans and activities, said Sieg.

On Feb. 25 the province announced those lots, also known as the Gravel Lands, were transferred over to shíshálh Nation as part of the 2018 Foundation Agreement.

Members of the public began observing the signs on Feb. 26.

Sieg said the signs prohibiting public access had previously appeared in the reservoir area, “and any past use as a hiking trail has been unauthorized.”

The Mines Act and Mines Code prohibits public access to areas where mining activating occur, he said, “so new signs were placed as an added safety measure since the area remains closed and exploratory work and drilling will be occurring this month.”

Coast Reporter has asked for further details about the location of the work planned for March.