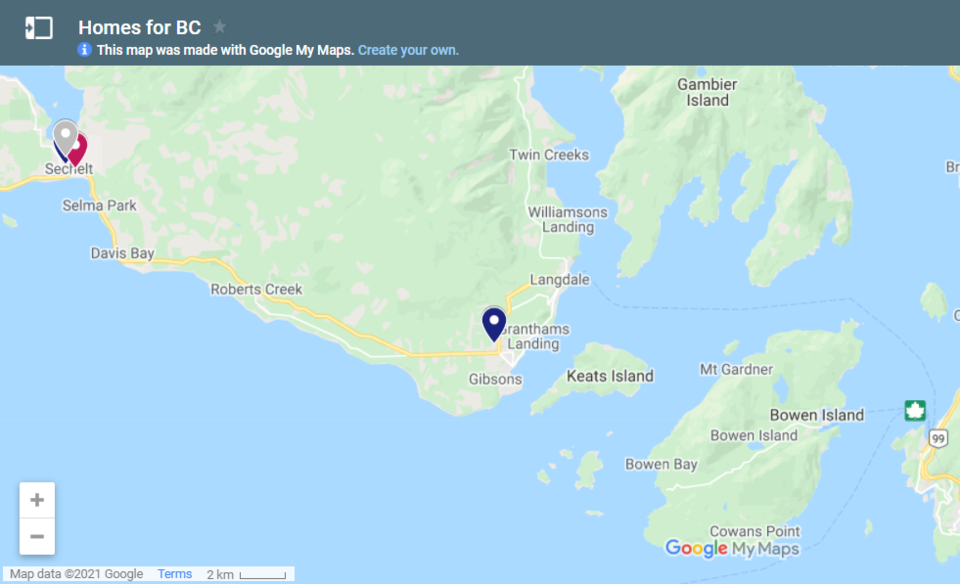 A new housing initiative for low-income seniors in Gibsons is in the works.

“Everyone should be able to age in comfort and dignity, and for 75 seniors in Gibsons, that will now be a reality,” Simons said in a release.

The housing development will be located at 824 and 840 Kiwanis Way, according to the province.

The Lions Club will manage the three buildings on behalf of BC Housing.

The club won’t be accepting applications for the housing units until just before the completion of the first new build, Barnes said. Preference will be given to applicants who already live on the Sunshine Coast.

More details about the project will be made public when they become available.

The project is one of 47 funded through the second intake of the Building BC: Community Housing Fund, which will bring approximately 2,455 new rental homes to people throughout the province.

More than 1,000 of the homes will be for Indigenous people, the release said.

The remaining 20 per cent of the homes will be for people on very low incomes, including people on disability assistance or income assistance.