Editorial: An election for strange times 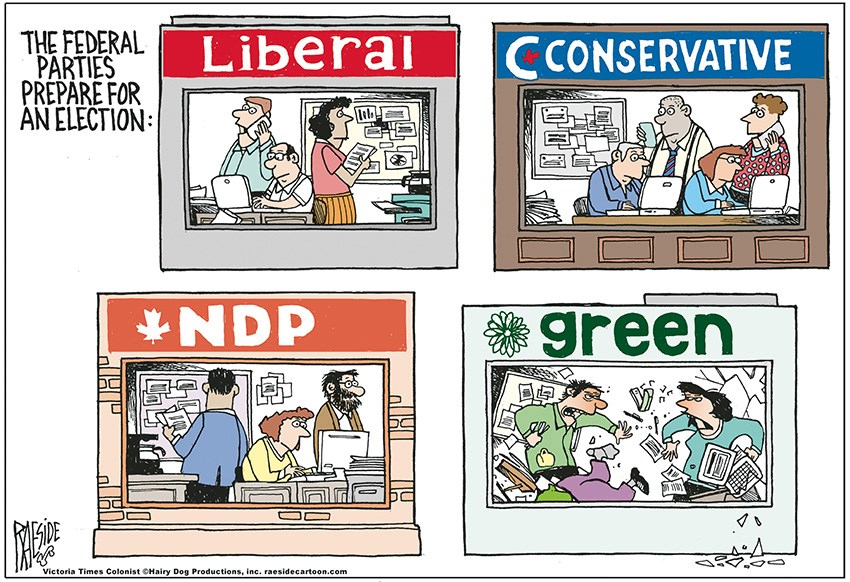 The ducks are lined up in West Vancouver-Sunshine Coast-Sea to Sky Country for a federal election widely expected to be called next month, with Canadians potentially going to the polls in late September.

Like last fall’s B.C. election, the aim would be for a minority government, in this case Justin Trudeau’s Liberals, to upgrade to a majority and to do so at a time when the stars and polls are favourably aligned.

The Liberals’ calculation is that Canadians are generally satisfied with the federal government’s pandemic response and are seriously unwowed by the new Conservative leader, Erin O’Toole. An added bonus is the Green Party imploding in real time, with 33.3 per cent of its caucus, Fredericton MP Jenica Atwin, defecting to the Liberals last month.

On the Sunshine Coast, there was a whiff of pre-election campaigning last week with in-person visits by Liberal MP Patrick Weiler, which included two funding announcements in Sechelt. An incumbent who has been less than two years on the job, Weiler has impressed many constituents as hardworking, intelligent and sincere. But unlike 2019, he will be going up against a seasoned former Conservative MP, an NDP star candidate with celebrity supporters and a Green contender determined to build on the momentum of that party’s recent strong electoral performances in the riding, federally and provincially.

The seasoned former Conservative MP is, of course, John Weston; the NDP star candidate is Avi Lewis. As we wrote in May, Lewis will be aiming to lock up the progressive vote, drawing heavily from both the Greens and the Liberals to secure a long-shot win. The Conservatives, however, will be hoping this same dynamic plays out to their benefit, with the NDP weakening the Liberals enough to help Weston come up the middle and finish first.

Green candidate Mike Simpson – like Lewis, a Sunshine Coast resident – will have his work cut out for him, but one promising development for the Greens is that the national media are showing signs of warming up to embattled leader Annamie Paul, now that she has apparently survived the party’s internal squabbles. An energetic campaign turn by Paul could pull the Greens back from the brink and even galvanize the brand.

The riding’s fifth declared candidate is Doug Bebb, who will again be representing Maxime Bernier’s People’s Party of Canada. Bebb received just over a thousand votes in 2019 – 1.6 per cent of the riding total – but the party could conceivably do better this time, and one reason is Bernier’s arrest in Manitoba last month for allegedly defying COVID restrictions.

Strange times deliver strange outcomes and these are most definitely strange times.