Sunshine Coast volleyball player to start a winery with husband
May 7, 2021 6:00 AM By: Keili Bartlett 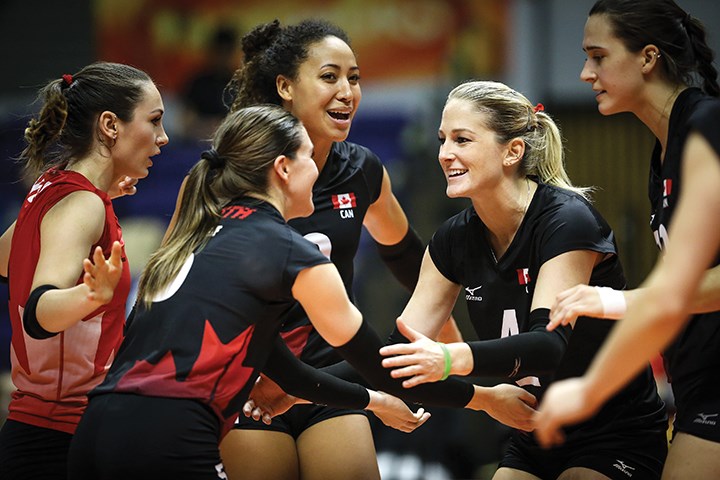 After leading Team Canada Women’s Volleyball and holding the team’s longest tenure of any player, the Sunshine Coast’s Kyla Richey has announced her retirement.

“Representing Canada meant everything to me, it’s why I dedicated the majority of my life to this adventure,” former captain Kyla Richey said in a press release. “It was the start of my journey and the fulfillment of my dreams.”

Hailing from Roberts Creek, Richey first represented her country when she was in Grade 10 and made the Junior National team in 2005. For five years, she led the team to the National Championships every year, and was honoured as the Champion MVP during her time with USPORTS at the University of British Columbia. In 2011-12, she also received the Mary Lyons Award as the USPORTS Women’s Volleyball Player of the Year.

Since then, her athletic talents have taken her across the world to compete, as she joined the National team in 2009. As the Team Canada captain, the 31-year-old Richey competed in three World Championships and 143 international matches. She was the league’s best scorer in 2018-19 Peruvian League, the same year she was named captain.

Memorable moments in Richey’s athletic career include “walking into a roaring Canadian crowd during the opening ceremonies of the 2015 Pan Am Games in Toronto with the full Canadian Team delegation,” she said, adding it “was something I will always remember.”

Over the years, Richey earned a spot in the Olympic qualifiers five times, but the goal remained out of reach. Her latest attempt was in 2020 in the Dominican Republic, ahead of the 2021 Tokyo games, where she amped up her team by getting each player to repeat their belief that they would play in the Olympics.

“We gave it everything we had that day and went all in. When you come up short on your life’s goal it is terribly heartbreaking of course, but the way we went into the match has me knowing that there are no regrets,” she said. “It was an extremely powerful moment.”

After 12 years with the national team, Richey was among seven athletes who announced their retirement at the end of April.

Richey thanked those who supported her, her career and Olympic ambitions. Among those she thanked were her family, all who helped her grieve the sudden and tragic loss of her brother Connor in 2013, and her husband Rudy Verhoeff, who put his own athletic career on hold to support hers.

As for her next endeavour, Richey and her husband will be opening their own winery in Oliver, B.C., called Valley Commons Winery.

“Because regardless of whether or not we could communicate with our teammates overseas, good food and good wine always brought us together and was the catalyst for great memories and everlasting friendships. We want our wine to do just that,” she said.

Richey will also continue to play a mentorship role to young athletes.

“I don’t think my time with the team has completely come to a close,” Richey said. “Since day one, being a mentor to young aspiring athletes is still very much part of my heart and I will continue to seek out those opportunities.”