Sechelt’s housing advisory committee has launched a survey “to better understand the needs of property owners wishing to build rental housing on their properties.
Feb 17, 2020 2:18 PM By: Sean Eckford 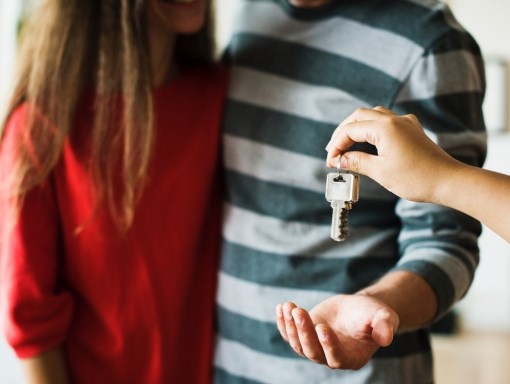 Sechelt’s housing advisory committee has launched a survey “to better understand the needs of property owners wishing to build rental housing on their properties.”

The survey is getting underway as work continues on a Housing Needs Assessment involving Sechelt, Gibsons and the SCRD, new initiatives to create workforce housing and to match potential landlords with tenants coming to the Coast for work at institutions like Sechelt Hospital.

The Sechelt committee, chaired by Coun. Matt McLean, was set up last year to explore housing solutions in Sechelt and help the district find ways to meet the strategic plan goal of “providing a mix of housing types throughout the district.”

The survey is aimed specifically at property owners who may have space to build a freestanding rental suite along the lines of a garden suite, carriage house, or auxiliary dwelling.

“By building a second dwelling on an existing property, we can build gentle density that has minimal impact on neighbourhood character,” said McLean in a release announcing the launch of the survey. “There are things we can do as a local government to encourage the construction of these with negligible tax implications. This survey will help us identify those actions.”

The committee has made increasing the market rate rental stock as their first priority because, according to the release, “they recognized the impact that a lack of rental housing was having on young families and seniors, causing them to leave our community.”

The launch of the district’s housing survey follows a Feb. 5 presentation to council by David Reed, president of the Coastal Workforce Housing Society.

Reed, who also presented to the Sunshine Coast Regional District and the Town of Gibsons, characterized the shortage of housing, in particular rental housing for working families, as a crisis aggravated by the growth of short-term rentals.

Reed said the society is hoping to apply to BC Housing in April for funding to build a multi-unit project specifically as “workforce housing,” but it can’t apply for funding until it has secured property.

Reed also said when the time comes the society will be applying to Sechelt and Gibsons for funding as well as the business community. “We will also be asking the towns that we build in with help on taxes, other building costs, maybe building permit [fees], increased density to make this more economical,” he said.

Because of the time anticipated before the society can actually have a building finished and ready for tenants, the group is also working on, in Reed’s words, “reactivating and possibly modifying” a program first launched by the Sunshine Coast Regional Economic Development Organization (SCREDO).

Reed said the idea originated in the recent effort to find a rental for a new Vancouver Coastal Health (VCH) employee.

“They had an experienced nurse ready to be hired, but no place to live. Our member thought outside the box and used social media to find a rental. Within hours she had 14 replies. Upon investigating she found many people had units but didn’t want to rent and be part of the pitfalls of the landlord and tenant act in the event they had a bad tenant. Having a nurse as a tenant gave them comfort,” said Reed.

Reed said the society is looking at creating a “clearing house” or rental registry of available properties with a contract between a business owner and a homeowner, which wouldn’t necessarily fall under the act.

“Although it is not part of our original vision, it does meet our objective of getting decent roofs over workers’ heads.”

In a recent interview with Coast Reporter, SCREDO executive director Colin Stansfield said affordable housing is a “fundamental element” of economic development. Partnering with the Workforce Housing Society is a natural fit, he said, because their work is “a direct response to some of the feedback we were hearing from local employers about the difficulty in finding housing and not being able to accept candidates because they couldn’t find places to live.”

Stansfield said the rental registry initiative, which is based on SCREDO’s Victory Suites campaign to encourage people to consider renting suites in their homes, is still “in its infancy,” but it has the potential to bring “reluctant landlords” into the market by taking that final step of directly connecting the property owner with a renter working at “anchor institutions” like VCH, RCMP and School District No. 46.

The District of Sechelt survey is available at: https://www.surveymonkey.com/r/GardenSuite and paper copies are available at Sechelt municipal hall.