Last of the Union Steamship vessels to be restored as public asset
Oct 3, 2019 10:11 AM By: Sophie Woodrooffe 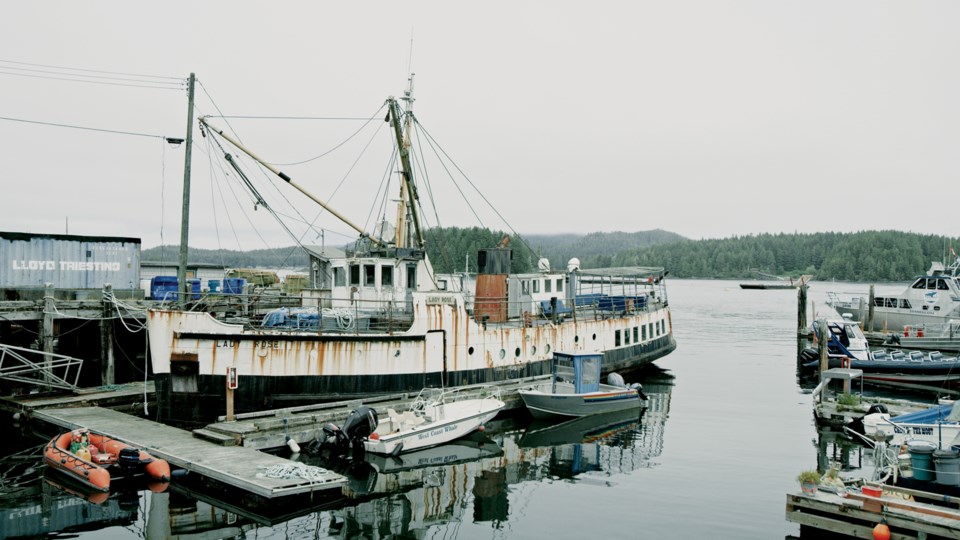 The Lady Rose, built at a shipyard in Glasgow in 1937, rests at a harbour in Tofino. She was acquired by the Clayton family and will be brought to Sechelt with plans to restore her as a public asset.Stray Cat Media Photo

MV Lady Rose, the last operational vessel from the Union Steamship Company fleet, has been acquired by the Clayton family, who are exploring options for transforming her into a public exhibit in Sechelt.

The acquisition was formalized in the last two weeks, and the ship will be brought to the Sunshine Coast once work is completed to ensure she is seaworthy.

“The Union Steamship was the glue that held the coast together. It was what the railway was to the Prairies,” said Dick Clayton, whose family’s roots are closely entwined with the company.

An announcement of the acquisition is expected to be made on Saturday, Oct. 5, on Bowen Island, another community shaped by the steamship era.

Conversations have been had with several organizations about the project, including the Maritime Museum of British Columbia and Vancouver Maritime Museum, as ideas are explored for the 32-metre steamship’s revival.

One option would be to turn Lady Rose into a Sechelt focal point as a land-borne display. Another would be to restore her so that she can ply the coastal waters as a historical vessel for light use.

The Claytons are also looking into establishing a maritime museum or an arts, culture and history hub in Sechelt, though these are preliminary ideas.

Dick Clayton hopes with the arrival of Lady Rose to Sechelt, the critical role steamships played in developing the Sunshine Coast and B.C.’s other coastal communities will gain prominence. “It’s sort of been forgotten,” said Clayton. “It’s a shame that it’s sort of disappeared out of our history, so we’re interested in resurrecting some of that.”

The Lady Rose was launched in Glasgow, Scotland in 1937 under the original name Lady Sylvia, before her historic two-month crossing of the Atlantic Ocean en route to Vancouver – believed to be the first single-screw vessel to do so – where she was renamed and operated by the Union Steamship Company until 1951.

Described as a “saucy little lady” by writer Norman Hacking, Lady Rose carried a maximum of 130 passengers and 25 tons of cargo on short day trips through the waters of West Howe Sound.

The ship also carries with it some supernatural history, too. Historians have hinted at rumours the steamship became haunted after one of her chief engineers hanged himself onboard during her early days of service.

Lady Rose was operated by Union Steamships until 1951, when she was sold to another company, but she remained symbolically significant as the last Union ship in active service, though under different ownership.

Today, she rests in Tofino, and is widely considered the last surviving steamship from the iconic company’s fleet of dozens, having spent her last years servicing routes between Port Alberni, Bamfield and Ucluelet. One other ship, Comox II, was still in use in the 1990s, but had been converted to a floating home.

While the restoration is of provincial historical importance, steamships also played a critical role in Clayton family history and, by extension, the development of Sechelt.

Clayton’s relative Herbert Whitaker, who owned a hotel, logging operations and stores in the area, enticed the Union Steamship Company to stop in Sechelt, replete with freight for his operations, and tourists for his accommodations. The business also purchased land holdings from the family, and Clayton’s father worked for them.

It was a Union Steamship that took Clayton to his first job as a young man, as well as to picnics on Bowen Island. “I remember being on a Union Steamship going under the Lions Gate Bridge when it was being built,” Clayton said. “It was a big deal in the old days.”

In the 1950s – the same decade the Lady Rose was removed from the company’s fleet – Union Steamships relinquished its Sechelt holdings and Sechelt was incorporated as a village.