If approved, it would be the largest and most expensive infrastructure project the Sunshine Coast Regional District (SCRD) has every tackled. Directors voted Nov.
Nov 22, 2019 1:56 PM By: Sophie Woodrooffe 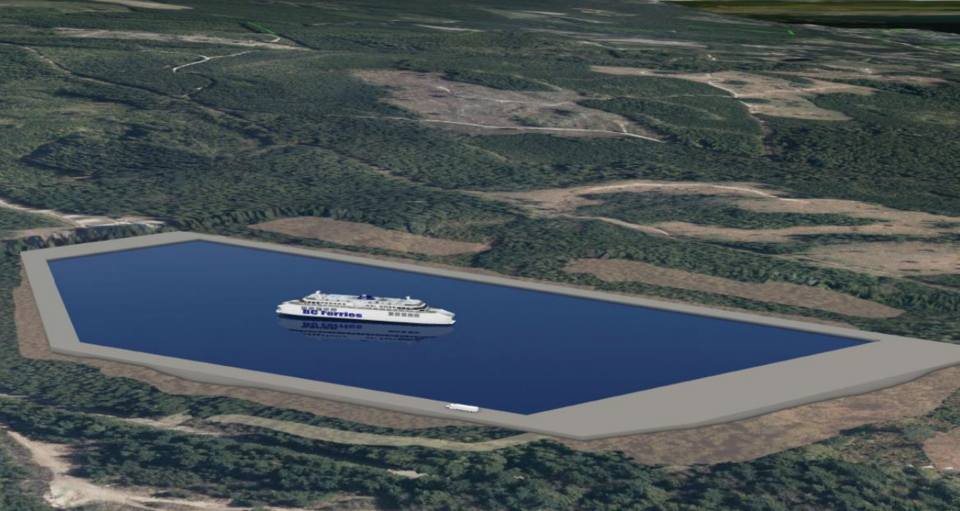 Renderings of the proposed Site B reservoir.SCRD Images

If approved, it would be the largest and most expensive infrastructure project the Sunshine Coast Regional District (SCRD) has every tackled.

Directors voted Nov. 21 for further investigation into Site B – a 45-hectare portion of Crown Land near the Chapman Creek Water Treatment Plant that would be excavated and dammed to form an engineered lake.

All but Elphinstone director Donna McMahon voted in favour of creating a budget proposal to spend $225,000 on the fourth phase of the feasibility study, and to create a budget proposal for the first phase of development, which if approved and once completed, would make the project nearly “shovel ready” – a status staff said is key for attracting grants. Staff estimate Development Phase 1 would take up to four years to complete.

The revised estimate for Site B is $53 million, more than double what was estimated in the preceding feasibility study.

Because of that, directors made clear they wanted other reservoir options to stay on the table – in particular Site C3, a small alpine lake outside Tetrahedron Provincial Park, which would cost an estimated $16 million and hold about one million cubic metres of water.

Directors voted to focus on Site B after hearing from consultant Integrated Sustainability’s A.J. MacDonald, who summarized a 750-page report outlining design, environmental, hydrological and regulatory details and cost estimates of the four sites under consideration, as well as the results of multi-criteria analysis.

Site B scored the highest on all fronts save for cost.

The engineered lake could hold the most water of the four options, about 1.27 million cubic metres – or about a month of water supply for the community at Stage 2. It could also support hydroelectric power, could be used as a firefighting supply, and would save costs on pumping since it would be largely gravity-fed.

But because it would need to be built from scratch, construction costs are high, and because the report didn’t include an in-depth geotechnical analysis, many engineering questions remain unanswered, as well as questions about the potential to offset costs by marketing the excavated material and creating partnerships with local industry – both ideas raised by MacDonald at the meeting.

To offset those unknowns, MacDonald said the firm went conservative on cost estimates.

During discussion, Sechelt director Darnelda Siegers voiced her support for the plan, but also made clear her desire to keep options open.

“I would support this, but I would also want to see that we continue to stay on top of this and if the timelines start dragging out, that we start looking at other alternatives, so we don’t limit ourselves to one,” she said, pointing to the need to get firm details about potential industry partnerships. “That’s why I’m saying in my mind, C3 is not off the table.”

McMahon opposed the project outright, as she did last February when results of Phase 2 were presented. “What we would do here is spend $53 million and still be 95 per cent dependent on Chapman Creek,” she said, adding that the proposed Church Road wells are expected to cost only $3 million while supplying almost as much water as the reservoir. She also voiced concern that “we’ve never done a really good analysis of our watershed and its capacity, and the risks in Chapman Creek, particularly with accelerating climate change.”

Both McMahon and Roberts Creek director Andreas Tize expressed disappointment that the environmental analysis of the sites didn’t include greenhouse gas emission considerations or overt references to climate change.

After voting against the feasibility study last February, Tize supported the recommendations this time, but with reservations. “I don’t think we should put a shovel in the ground unless we feel satisfied that we absolutely can’t meet demand with additional wells and through reducing demand,” he said, adding, “This is ridiculously expensive.”

West Howe Sound director Mark Hiltz also spoke in favour. He was not prepared “to throw the baby out with the reservoir,” even if they ultimately decide against the project.

Pender Harbour/Egmont director Leonard Lee said he was “very concerned about the cost,” but ultimately supported moving ahead “strictly to gather more information.”

Chair Lori Pratt acknowledged the need to diversify water sources but said it was “prudent” to move ahead and look at partnerships. “C3 is not out of my mind, either,” she said.

Sechelt director Alton Toth said he was in favour of moving ahead with Site B “for now” because of the potential for operational savings and fire protection, but would prefer to see C3 go forward since it’s a cheaper option, the lake is already in place and it’s more remote in case the dam fails.

More information about the project can be found at: https://www.scrd.ca/reservoir