Tipping fees for metal, propane tanks, cardboard and gypsum are heading north as a result of a landfill tipping free review. Sunshine Coast Regional District (SCRD) directors voted in favour of the changes at a Nov.
Nov 26, 2020 12:02 PM By: Sophie Woodrooffe 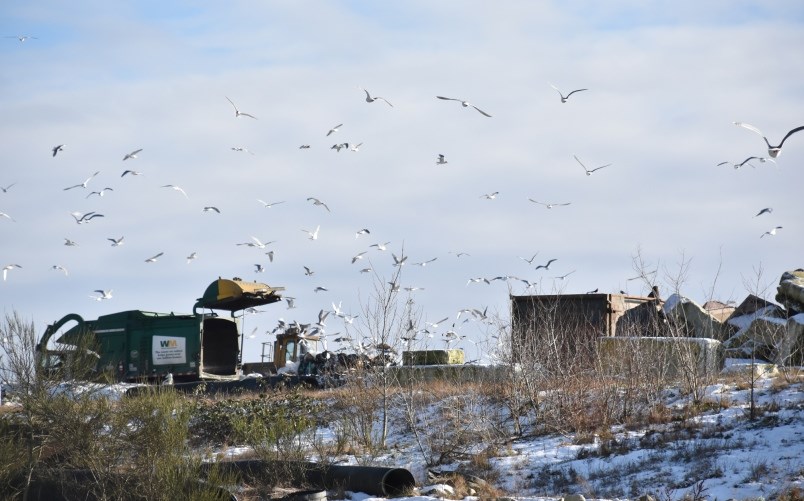 The Sechelt landfill, where tipping fees to dispose of metal are set to double to $150 per tonne.

Tipping fees for metal, propane tanks, cardboard and gypsum are heading north as a result of a landfill tipping free review.

Sunshine Coast Regional District (SCRD) directors voted in favour of the changes at a Nov. 19 infrastructure services committee meeting. The increases were needed because of the cost of processing and hauling, according to staff.

The review did recommend dropping fees by $10 for all appliances containing Freon, to $30 per unit.

“Proposed tipping fees for the materials were considered based on the direct costs for both facilities and the tonnages received,” said the staff report, which also said current fees don’t cover the cost of hauling and processing the waste at the Sechelt landfill and Pender Harbour Transfer Station.

Staff had recommended putting the fee for metal at $140, but directors opted instead to raise it to $150 and align it with the Municipal Solid Waste rate, with some directors opposed.

The fees could come into effect starting January if directors adopt the changes at a board meeting. Directors are also expected to review the municipal solid waste rate at an upcoming meeting.

SCRD directors are going ahead with a letter supporting parents’ efforts to install a crosswalk, even though the Ministry of Transportation has nixed the idea.

At a Nov. 19 infrastructure services committee meeting, Mark Hiltz, director for West Howe Sound, asked whether it was worth writing a letter of support as requested by the Parent Advisory Council for a crosswalk to be installed on Port Mellon Highway near Langdale Elementary School.

A Nov. 12 letter from the Ministry of Transportation (MOTI) said based on engineer analysis a pedestrian crosswalk isn’t warranted, but that signage along that stretch of Port Mellon Highway could be improved and a new signing plan would be developed.

Chair Lori Pratt suggested they move ahead with the letter. “There definitely needs to be more safety signage around that area,” she said. “People are flying down there all the time, we do need to put additional advocacy behind this.”

Referencing her time as a former school board trustee, she said it took “decades” to get a crosswalk near Madeira Park Elementary School, adding the need was so great parents resorted to painting crosswalk lines in the middle of the night.

Hiltz recommended sending a letter and “enhancing the scope” to draw attention to safety issues in the area.

The letter also suggested the group ask the SCRD since it could apply for funding through the province’s active transportation program.