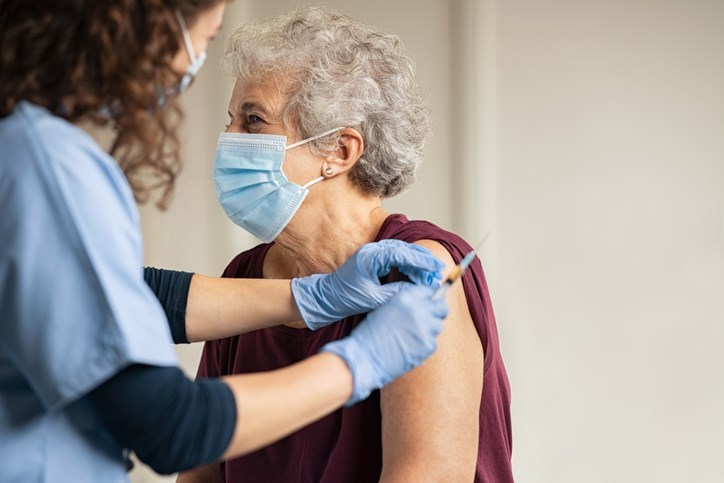 People aged 80 years and older and Indigenous elders will soon be able to call to book an appointment to receive a COVID-19 vaccination on the Sunshine Coast.

Next Monday, March 8, Sunshine Coast residents in the birth year of 1941 or before and Indigenous residents who were born in 1956 or before will be able to call VCH’s call centre (1-877-587-5767) to book at an appointment for their first dose.

Vaccinations are set to begin for those populations on the Sunshine Coast March 15.

VCH listed Madeira Park, Sechelt and Gibsons as vaccine clinic locations but had not provided further details about those sites as of March 1.

Those who call the number are asked to have a pen and paper ready, as well as their personal health number, full name, date of birth, postal code and a phone number for call backs. Call centre workers will not ask for social insurance numbers or financial details including credit cards.

Family members can call on behalf of seniors who need assistance with the booking process, and mobile clinics will be offered for people unable to travel for health reasons.

More details are expected for the larger rollout for the broader population starting April 12, which will see “mass clinics” set up across the province, said Penny Ballem, executive lead for B.C.’s immunization plan, at the media briefing, adding smaller communities “will probably use the traditional settings they’ve used all along.”

Seniors in larger communities, such as Richmond, Vancouver, North and West Vancouver, are being asked to wait longer – those aged 90 and older can call March 8 but those aged 80 must call March 22.

At the media briefing, health officials said the public could look forward to more optimistic timelines for the mass immunization program, thanks to anticipated increased supply and longer intervals between doses.

Intervals between first and second doses have been lengthened by about 10 weeks to four months based on public health data collected by the province showing vaccines are effective for at least 16 weeks after a single dose.

Provincial health officer Dr. Bonnie Henry said the province will soon be “rejigging” the timeframes for mass vaccinations as a result.

But the change also means that many second doses for older British Columbians won’t commence until the summer – much later than planned when the province unveiled its strategy in January.

“We will be able to do a lot more in our post-pandemic reality once we have so many people in our population protected,” she said.

Ballem said the plan to extend the intervals will immediately free up another 70,000 doses.

“We will reach more of our population much more quickly with the extension of second doses,” as well as more approved vaccines, she said.

By mid-April, health workers will begin vaccinating those 60-79 years old, as well as British Columbians over the age of 16 considered to be extremely clinically vulnerable.

“This is exciting news. We will be able to move everyone up in the queue,” said Henry, adding the province will continue its vaccine evaluation to detect if there’s any concerns about vaccine effectiveness moving forward.

The change in plans comes as shipping delays for the Pfizer and Moderna vaccine subside and the province prepares to receive shipments of the AstraZeneca vaccine, approved by Health Canada last week. Those vaccines could be arriving in B.C. next week, said Henry.

She said the province will also be considering loosening restrictions placed on long-term care homes as the vaccines prove effective.

With the approval of AstraZeneca, Henry also confirmed first responders and essential workers might be able to move up in the queue if possible, or else wait for their age group to be eligible for the Moderna or Pfizer vaccines.

Federal officials said last week the first 500,000 doses will be arriving in Canada in the coming weeks.

“Once we get those details, we will be working those through and determining who best to target,” Henry said.

The province intends to inoculate 415,000 people between March and early April — roughly 10 per cent of the 4.3 million British Columbians eligible for vaccinations (those under 18 years old are not currently eligible).

About 252,000 British Columbians have received at least their first dose as of Feb. 26.

“We are dependent on offshore supplies of vaccines to meet our targets. The federal government has been working overtime to ensure we get access to those vaccines. But there is no domestic supplier that we can put pressure on,” B.C. Premier John Horgan said.

– with files from Tyler Orton