Land Rover flees after hit-and-run on Queen of Surrey

Incident occurred on the BC Ferries Queen of Surrey while vehicles were unloading at Langdale terminal
May 4, 2021 4:31 PM By: Sunshine Coast RCMP 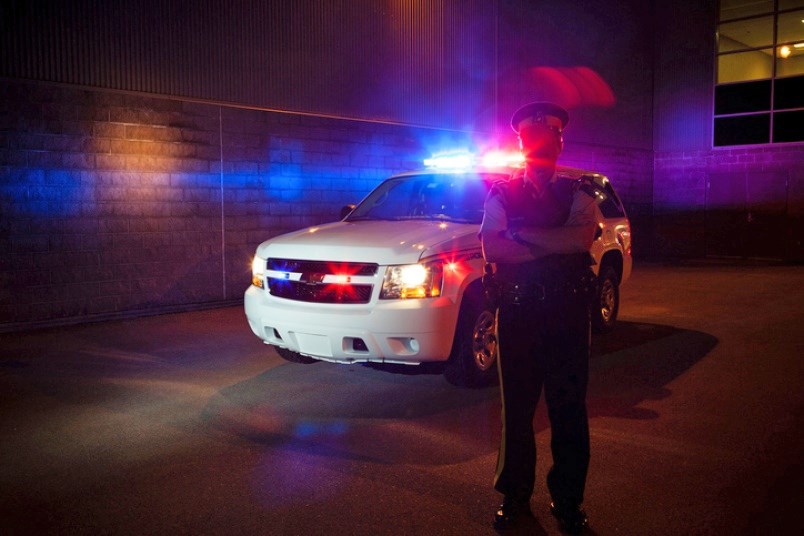 Sunshine Coast RCMP reported the following for April 26 to May 3:

The suspect vehicle is described as a boxy silver Land Rover with non-Canadian licence plates. It was towing a loaded blue box trailer covered in a green tarp. Surveillance footage shows a white outboard motor poking out of the back of the trailer. The trailer plate is something close to T476-876.

Anyone with any information about this incident is asked to contact RCMP, reference police file 2021-2699.

• On April 27, police attended a two-vehicle incident near the intersection of Redrooffs Road and Annex Road, Sechelt, after a trailer that came loose from the first vehicle rolled into the eastbound lane and struck the front of a second vehicle. The second vehicle sustained significant front-end damage and the lone driver and occupant was taken to Sechelt Hospital for treatment of non-life-threatening injuries. The driver of the first vehicle advised that the trailer pin appeared to have fallen out, causing the trailer to come loose and collide with the second vehicle. The first vehicle driver was issued a violation ticket for failing to secure his trailer and a notice and order to have the trailer made safe before hauling it again. The matter has been referred to ICBC.

• On April 29, police attended a single-vehicle incident on Highway 101 on Rat Portage Hill, Roberts Creek, after a small eastbound vehicle sped up in an attempt to overtake a large commercial vehicle on the left and when the commercial vehicle signalled to merge left into the single lane, the smaller vehicle was witnessed braking hard to avoid a collision, skidding out of control and spinning and flipping into the ditch. The lone driver and occupant of the smaller vehicle was taken to Sechelt Hospital by Emergency Health Services and the vehicle was towed from the scene. The file is still under investigation.

• At approximately 2:30 a.m. on April 23, a suspect was caught on security video stealing a generator from outside Pender Harbour Secondary School located at 13639 Highway 101, Pender Harbour. Police are reviewing the surveillance footage and the file is still under investigation. Anyone with any information about this theft is asked to contact RCMP, reference police file 2021-2744.

• On April 29, a Coast resident reported an attempted fraud after receiving a call from someone purporting to be from his phone company. The scammer told the resident he was eligible for an amazing deal on his service package for the next two years, and that in order to process the account change, the scammer requested the resident’s personal information including his driver’s licence. As the resident didn’t have his licence handy, he provided the scammer with his spouse’s instead. Then the scammer asked the resident to provide a credit card number to pay for a small administrative fee, at which point the resident grew suspicious and discontinued the call. Police remind the public to be very wary about whom they give personal information to, especially to people cold calling them.

• On April 29, a large number of small collectibles was found on a trail in Sechelt. Owner(s) may claim with detailed description within 90 days. Please reference police file number 2021-2750.

• On May 1 at around 4 a.m., a witness reported a break and enter in progress at a business in the 5600 block of Wharf Avenue, Sechelt, after the male suspect was seen gaining access to a fenced compound, taking a large item and fleeing on foot with it. The suspect, who is known to police, was not located, but the file is still under investigation.

• Overnight on April 28, a suspect gained entry to a residence in the 5900 block of North Lake Road, Egmont, by kicking in a door, and stole a number of tools, including a chainsaw, and a television set. Anyone with any information about this incident is asked to contact RCMP, reference police file number 2021-2822.

• On May 2, witnesses reported a possible impaired driver in a commercial vehicle that was swerving in and out of its lane, heading east on Highway 101 towards Gibsons. Police located the vehicle near Payne Road, Gibsons, and initiated a traffic stop. The driver, who was not impaired by alcohol, did advise he was taking prescription medication. The driver was given a Standard Field Sobriety Test and after performing poorly on it, was issued a 24-hour driving prohibition and the vehicle was impounded. The matter has been referred to RoadSafetyBC.

• On May 3, police witnessed a vehicle speeding from Wharf Avenue onto Highway 101, Sechelt, reaching speeds 30 kilometers over the posted speed limit. Police initiated a traffic stop, and noted that a complaint had come in earlier about the same vehicle speeding nearby. Police spoke with the lone driver, who advised he’d consumed alcohol earlier in the evening, and gave the driver a roadside alcohol screening test. After two warn results, the driver was issued a seven-day Immediate Roadside Prohibition and his vehicle was impounded. The matter has been referred to RoadSafetyBC.