Fire departments to be notified of aquatic centre sprinkler corrosion

On the last day of 2020, the fire sprinkler system at the Sechelt Aquatic Centre sprang a leak. Inside the pipes, staff found microbiological growth corroding at least part of the system and impacting the water flow.
Feb 25, 2021 10:35 AM By: Keili Bartlett 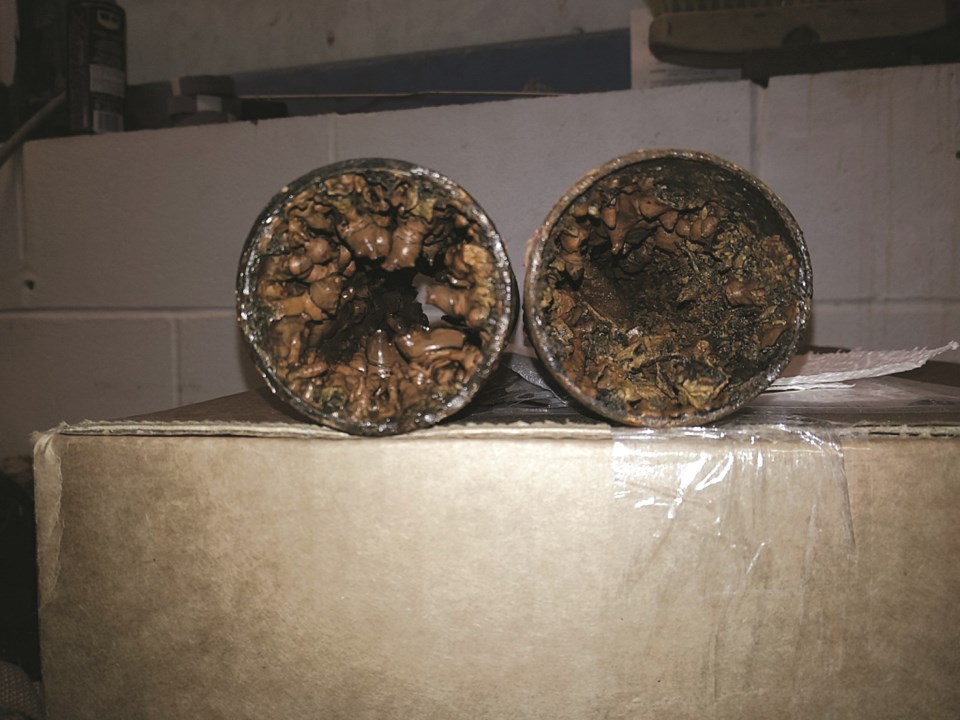 On the last day of 2020, the fire sprinkler system at the Sechelt Aquatic Centre sprang a leak.

Inside the pipes, staff found microbiological growth corroding at least part of the system and impacting the water flow. The extent of the corrosion is unknown, but could force a replacement of the entire system more than a decade ahead of schedule.

“Based on our discovery and the condition of the Sechelt Aquatic Centre, staff will look at if and how fire sprinkler systems at other SCRD facilities should be reviewed,” facilities services coordinator Allen van Velzen said at the Feb. 18 planning and community development committee meeting.

van Velzen told the board that the premature failure of the sprinkler system happened despite annual maintenance and checks. He added that the SCRD fireplans were recently updated. Updates to the fire code include five-year inspections of the interior of fire sprinkler systems, which should catch similar issues earlier. While van Velzen said this type of failure is not unprecedented in sprinkler systems, he said it was unexpected at the Sechelt Aquatic Centre.

The replacement of the system at the aquatic centre was originally scheduled for 2037, but the current system lasted only 15 years of its expected 30-year lifespan.

While an investigation of the extent of the corrosion is still required, the report to SCRD notes a fire sprinkler system design engineer said it is “very highly probable the corrosion is throughout the entire system and that full replacement will be required.”

The total estimated cost for an investigation and full replacement of the system at the Sechelt Aquatic Centre could be $180,700, not including GST. If the cause of the microbiological growth is discovered, a full replacement may not be required.

A full replacement of the sprinkler system would take eight weeks – double the timeframe of the usual annual facility closure. SCRD staff recommended the budget proposal be included in Round 2 of the 2021 budget so the work can be addressed quickly and coincide with the annual closure, likely in May or June.

The board was presented with several options for funding the work. The SCRD could enter into a short-term loan under agreement with the Municipal Finance Authority. This would introduce additional property taxation through 2026, starting with 41 cents in 2021 and 44 cents in 2022 per $100,000 of property assessment. The second option would use the operational reserves. While use of the reserves would leave a remaining $15,000 closing balance for this year, that does not leave sufficient funds for emergent items, according to the report from staff. Another option would be amending the Capital Renewal Funding Plan as a critical item or including the full amount in the 2021 property taxation. This would increase the property taxation by $3.43 per $100,000 of property assessment.

The funding model for the repairs of the Sechelt Aquatic Centre’s fire sprinkler system will appear for discussion in Round 2 of the 2021 budget, when the board will choose which option to pursue.