Gibsons Mayor Bill Beamish is planning to hold a “Community Leaders Meeting” at the end of this month to bring together more than two dozen representatives from local governments, businesses, public agencies and volunteer organizations.
Mar 4, 2020 2:08 PM By: Sean Eckford 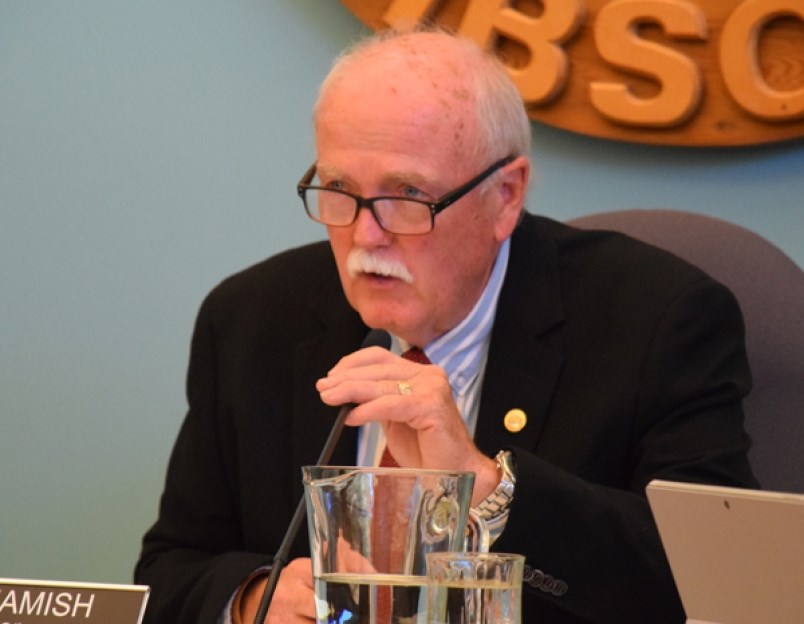 Gibsons Mayor Bill Beamish is planning to hold a “Community Leaders Meeting” at the end of this month to bring together more than two dozen representatives from local governments, businesses, public agencies and volunteer organizations.

In a report on the idea for the March 3 council meeting, Beamish said, “The Town of Gibsons is growing and experiencing pressures associated with an aging population, homelessness, lack of affordable housing and workforce housing, job recruitment, policing, new infrastructure and increased demands for services.”

He said that in responding to those challenges the Town is also faced with “priority issues that are in some cases beyond our ability to control but that must be addressed if we are to thrive and prosper.”

Beamish said one of the big challenges will be the changes that will come with hitting the 5,000 population mark and having to pay a bigger share of policing costs.

“That means for each of us in this community we’re going to have a 30 per cent tax increase because the cost of policing is approximately a million dollars a year,” he said. “We don’t have those big projects on the books to help us defer those costs.”

As well as local government representatives, the area MP and the MLA, the invitation list includes the Division of Family Practice, which represents local doctors, the RCMP, Howe Sound Pulp and Paper, the Sunshine Coast Conservation Association, the Squamish Nation and School District No. 46.

The day-long event will be held March 31 at the Gibsons Legion starting at 10 a.m. and it is going to be open to the public.

“I see it as a real opportunity to have that first conversation of this nature with the community and to start an annual event,” Beamish said.