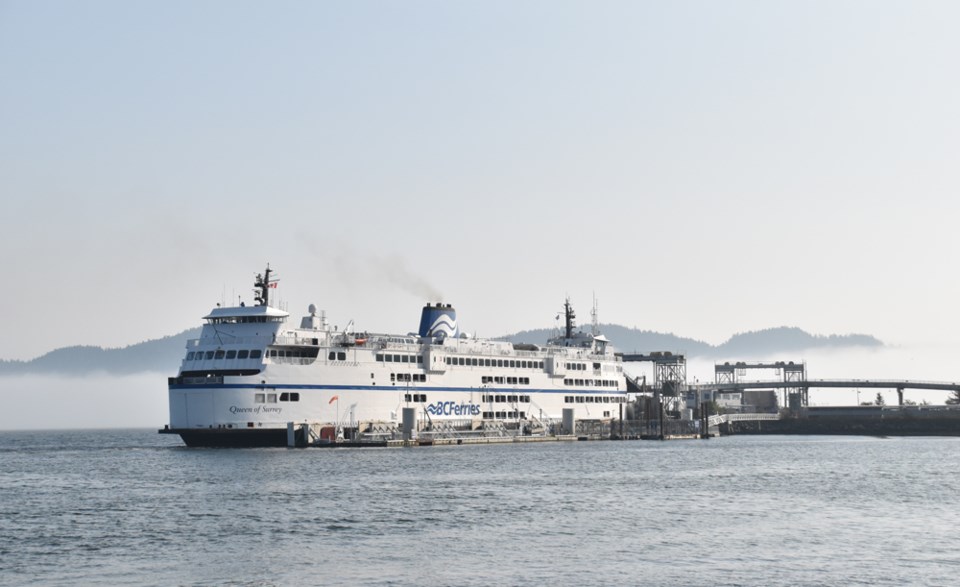 A BC Ferries vessel on the Langdale-Horseshoe Bay route.Sophie Woodrooffe

BC Ferries’ earnings decreased by $7.8 million and revenues decreased by $76.1 million in the fiscal year ending March 31, but results would have been much worse if not for Safe Restart funding from the provincial and federal governments, says the company in a release summarizing its year-end financial results.

The year-end reporting is the first showing 12 months under COVID-19 conditions, which the June 18 release said has had “unprecedented consequences” to traffic and revenues.

Vehicle traffic decreased by 24 per cent to 6.7 million while passenger traffic was down 40 per cent to 13.1 million.

Net earnings were $21 million, compared to the previous year’s earnings of $28.8 million. Without restart funding, which was recognized as revenue, the company said it would have seen a net loss of $165 million.

The funding also buoyed the company’s revenue. Taking the restart funding into account, BC Ferries saw a revenue decrease of eight per cent, or $76.1 million. Without the funds in the mix, revenue would have decreased 27.8 per cent or $261.1 million to $679.3 million compared to 2020.

The company reduced its operating expenses 8.9 per cent amounting to $76.3 million, putting total expenses at $779.8 million compared to $856.1 million the previous year.

That reduction was attributed to reducing the number of round trips made on major routes and deferring discretionary costs, allowing it to save on fuel, labour, contracted service, among others.

As for capital, the company dropped its spending to $122 million from $238.1 million the year before. It still went ahead with four electric hybrid vessels and a liquified natural gas vessel, which was already under construction, said the release.

However, it was forced to defer more than $100 million in spending beyond 2021, including the Langdale ferry terminal upgrade.

“The company continues to review and adjust both operating and capital plans as appropriate to reduce costs and responsibly defer spending to preserve cash while operating a safe, reliable and sustainable service,” said the release.

BC Ferries CEO Mark Collins said the funding has helped the company “protect the long-term viability of the coastal ferry service.”

“We recognize the vital contributions from the federal and provincial governments with the Safe Restart funding, which we have used to continue to provide a safe and reliable ferry service for British Columbians who need to travel, as well as ensuring the delivery of essential goods to Vancouver Island and to rural and remote communities,” he said.

BC Ferries received $308 million through the federal-provincial joint Safe Restart Program – an announcement made last September following pressure from ferry companies, politicians and others.

The money was intended to be used to mitigate impacts to revenue and pandemic-related spending, as well as to keep fare increases affordable.

BC Ferries said it expects financial results to continue to improve because of the Safe Restart funding and as the provincial economy recovers as COVID-19 restrictions lift.