Available on the three Metro Vancouver-Vancouver Island routes
Mar 6, 2021 5:08 AM By: Sophie Woodrooffe 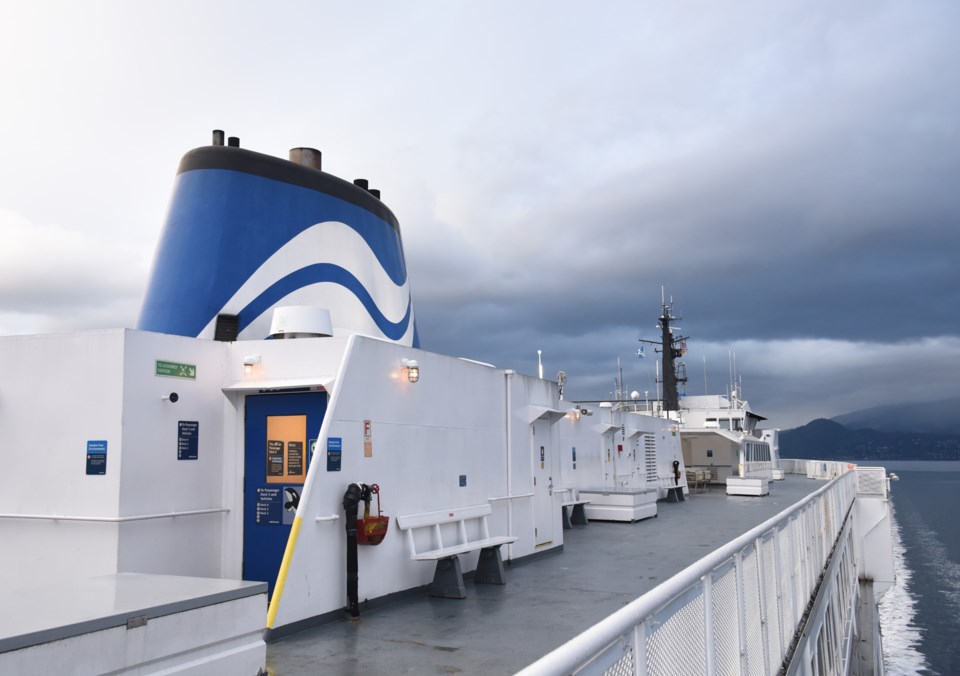 A BC Ferries vessel on the Langdale-Horseshoe Bay route.Sophie Woodrooffe Photo

BC Ferries will be seeking input on a new fare program launched for trips between the Lower Mainland and Vancouver Island before rolling it out to other routes.

The new Saver fare, available on the three Metro Vancouver-Vancouver Island routes, is billed by the corporation as encouraging economic recovery once travel restrictions are lifted – and to get out in front of an anticipated increase in demand.

For now, the program only applies to people travelling for essential purposes and will be extended to all passengers once restrictions relax, and will be available year-round.

The Saver fare is the cheapest fare, available on less busy sailings, and Prepaid fare will allow customers to book and pay in advance. Both fares must be purchased in advance.

In a March 3 announcement, BC Ferries said the new options should “reduce sailing waits at popular times, make better use of all sailings and help make the ferry system more efficient.”

The Saver fare’s starting rate is $73.70, including a reservation, for a car and driver. It will drop to a minimum of $49 on off-peak times for travel from April 6 onwards. Prepaid fares will be as low as 84.70 for a car and driver on the three Metro Vancouver-Vancouver Island routes.

“Our routes between Metro Vancouver and Vancouver Island account for about 60 per cent of overall ferry traffic, so we are introducing our new fare choices on these routes first,” said BC Ferries president and CEO Mark Collins.

“When the province lifts essential travel orders, these fare options will provide our customers more value, flexibility and certainty. They will also help spread traffic across the day, reducing sailing waits at popular times.”

At a March 3 District of Sechelt council meeting, Coun. Matt McLean, who also sits on the Southern Sunshine Coast Ferry Advisory Committee (FAC), said the corporation is planning to try the new fare on major routes “before they bring it to our routes next.”

Route 3 is considered a “mini major” route, he said, so “depending on the success of that program, there will need to be a community conversation about how that unfolds for our Route 3.”

When Coast Reporter asked whether BC Ferries was considering a Route 3 rollout, specifically, communications manager Astrid Chang responded, “We are open to all options and will collect customer feedback and input and incorporate the feedback as we enhance fare options and extend this fare model to other bookable routes.”

The change to route fares is part of a larger project to introduce fare flexibility and enhance digital experience, said FAC chair Diana Mumford, who added she and the previous committee had raised “significant concerns” about how fare changes would impact Route 3.

There are more commuters on the Langdale-Horseshoe Bay route, as well as last-minute and medical trips, said Mumford, which raises concerns about how the constraints of the new system would impact those customers.

She noted a recent survey conducted by BC Ferries that gauged interest in using increased reservations to improve service on the route didn’t get a strong response.

“I think the best thing for us is to sit back and watch as it goes through this summer,” she said. “Let that play out on Route 1, 2 and 30 and then go from there.”