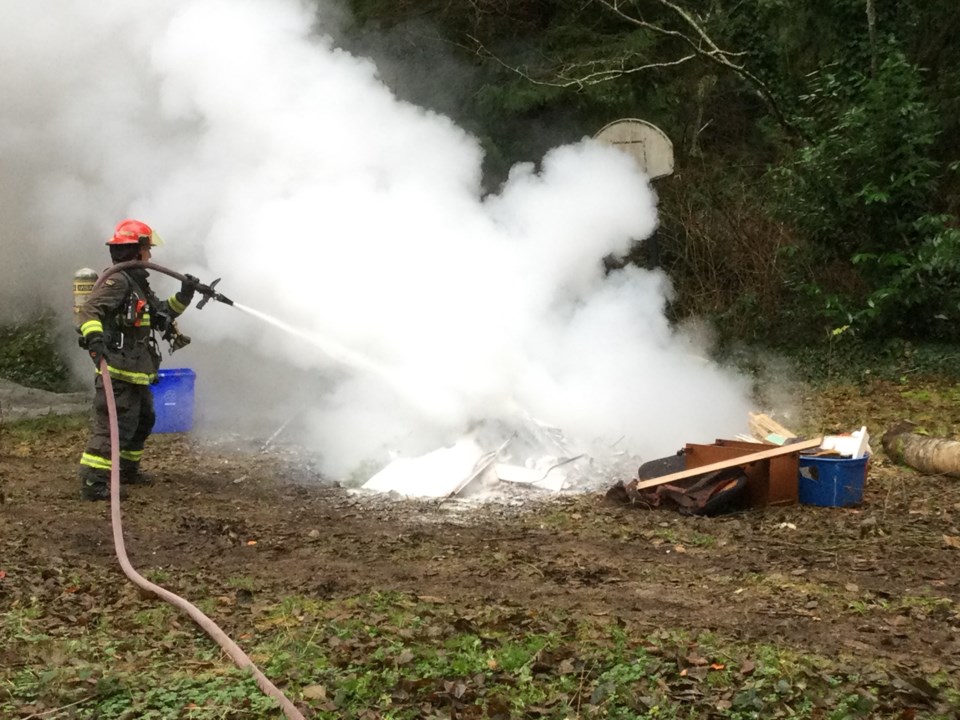 The ban on backyard burns came into effect on April 15 for most rural areas in the Sunshine Coast Regional District (SCRD).

“It can only take a matter of minutes for a backyard burn to get out of control – be Fire Smart, these restrictions are in place for your safety and the safety of those in your community,” Matt Treit, the SCRD’s manager of protective services, said in a press release.

Campfires are currently allowed in the SCRD until local fire departments determine there is a high fire risk and enforce a ban. Campfires can measure up to half a metre by half a metre in the SCRD.

Backyard burning and beach fires are never allowed by the Town of Gibsons at any time of the year. In Sechelt, backyard burning has been prohibited since 2015, while campfire bans may be issued by the local fire department.

The Pender Harbour Fire Department does have the ability to enforce tighter restrictions. “If the weather gets dry enough, and the province does not impose any type of burning prohibition, then we would institute it on our own,” Murray said.