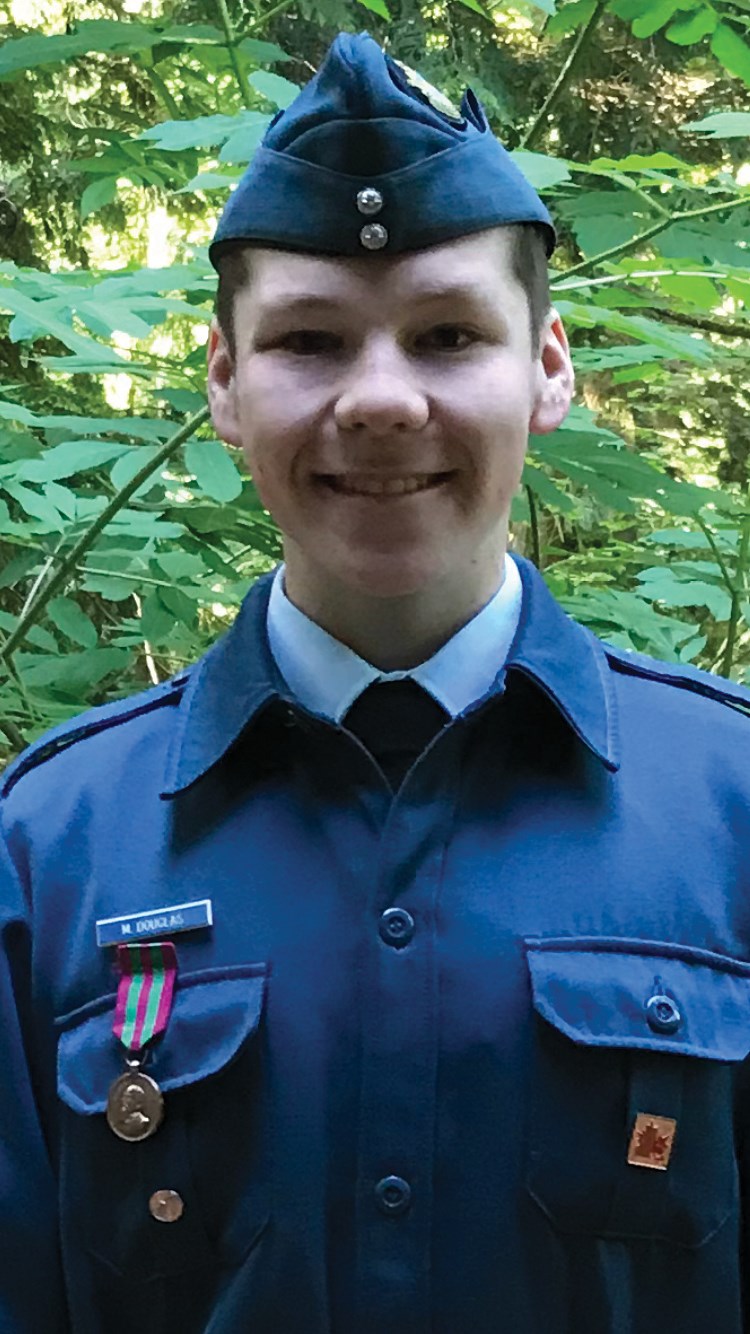 Douglas, a Grade 11 student at Chatelech Secondary School, achieved the gold medal for demonstrating his public speaking skills in a prepared speech on diversity, followed by an impromptu speech.

The competition consisted of 10 cadets representing each of the provinces and one from the pan-territories. Each air cadet competed at local, regional, and provincial competitions before earning the right to compete at the national level.

Douglas, who joined the air cadet squadron on his 12th birthday and has attained its highest rank, said his accomplishment came with plenty of help.

“I’m so grateful for Maureen McBeath and the Toastmasters for giving me an amazingly positive environment to practise my performances, my editors, Mr. Davis and Isabella Paolozza, my parents that provide me with constant support and motivation, and the Canadian Air Cadet Program, which has allowed me to share my verbal passion with our country,” he said.

“I was able to give a speech on the topic of diversity, that, true to its ideal, was the outcome of many minds working together. I think that’s pretty cool.”

The Royal Canadian Air Cadets, in partnership with the Air Cadet League of Canada, have been training youth in Canada for over 80 years. Cadets are the largest government-funded youth program in Canada, with more than 52,000 participants including over 4,500 air cadets in B.C.