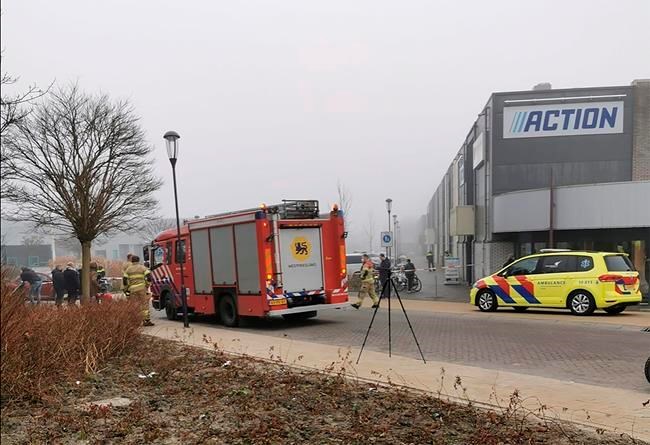 THE HAGUE, Netherlands — A blast caused by a “homemade device” smashed windows at a coronavirus testing in a small Dutch town early Wednesday, police said. Nobody was hurt in the explosion, which was condemned by the government and health officials.

“For more than a year, we've been leaning heavily on the people on the front line. And then this. Crazy,” Health Minister Hugo de Jonge tweeted.

The head of the country’s umbrella organization for local health services that carry out coronavirus testing called the blast a “cowardly act.”

“Our people have to be able to do this crucial work safely,” Andre Rouvoet tweeted.

Police in the province of North Holland said in a statement that forensic investigations revealed that the blast was caused by a “homemade device” that exploded close to the glass façade of the test in Bovenkarspel just before 7 a.m. Police cordoned off the area, which is 60 (40 miles) north of Amsterdam, to investigate.

Police spokesman Menno Hartenberg said earlier that it was clear that the explosive device didn't "get there by accident. But we have no idea at the moment who exactly left it there and what the intention was.”

Police said a metal cylinder that had exploded was found outside the building.

The northern regions of North Holland province have been identified as a virus hotspot in recent weeks, with infection numbers higher than the national average.

In January, rioters torched a coronavirus test facility in the fishing village of Urk on the first night of a 9 p.m.-to-4:30 a.m. nationwide curfew imposed as part of the government’s latest coronavirus lockdown.

Attacks on health workers and facilities around the world have increased amid the COVID-19 pandemic. A new report by the Geneva-based Insecurity Insight and the University of California, Berkeley’s Human Rights Center identified more than 1,100 such threats or acts of violence last year.

Some Dutch lockdown restrictions were relaxed Wednesday with hairdressers, masseurs and other “contact professions” allowed to reopen if they adhere to strict social distancing and hygiene measures.

Nonessential shops also were allowed to reopen in the Netherlands for the first time since mid-December, though only to very limited numbers of customers who make an appointment in advance.