Almost 13 years to the day after then-prime minister Stephen Harper formally apologized to Indian Residential School survivors and all Indigenous people “for failing them so profoundly,” the federal government this week announced a propos
Jun 10, 2021 11:32 AM By: John Gleeson 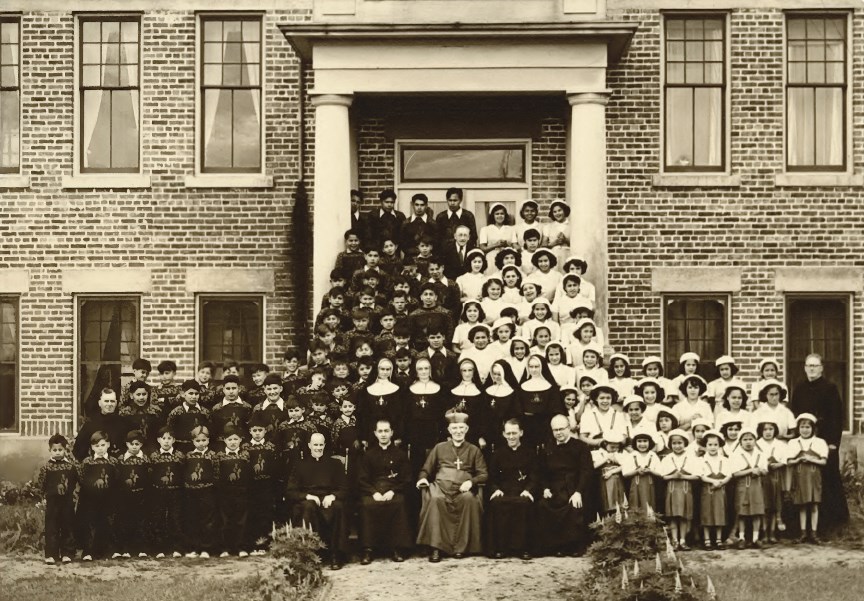 Almost 13 years to the day after then-prime minister Stephen Harper formally apologized to Indian Residential School survivors and all Indigenous people “for failing them so profoundly,” the federal government this week announced a proposed settlement for day scholars.

As former shíshálh Nation chief akista xaxanak Garry Feschuk pointed out in 2015, the matter could have been settled long ago if the government had simply owned up to the words in Harper’s apology:

“We now recognize that it was wrong to separate children from rich and vibrant cultures and traditions, that it created a void in many lives and communities, and we apologize for having done this.

“We now recognize that, in separating children from their families, we undermined the ability of many to adequately parent their own children and sowed the seeds for generations to follow, and we apologize for having done this.

“We now recognize that, far too often, these institutions gave rise to abuse or neglect and were inadequately controlled, and we apologize for failing to protect you. Not only did you suffer these abuses as children, but as you became parents, you were powerless to protect your own children from suffering the same experience, and for this we are sorry.

“The burden of this experience has been on your shoulders for far too long. The burden is properly ours as a government, and as a country.”

Feschuk had quoted that key section in his affidavit as lead plaintiff on behalf of shíshálh Nation in the class action. He explained in these pages more than six years ago that the section summarized the whole residential school era, so that it made no sense for the government to arbitrarily exclude day scholars as a group from its original agreement. But it would take another six years for the government to see it that way.

The proposed settlement outlined in Wednesday’s announcement includes $10,000 for day scholars alive as of May 30, 2005, or families of those who have died since that date. It’s hardly a vast sum, but hiwus Warren Paull points out the compensation is secondary to the recognition of the harm done to the children, and truly that is the point. It’s why former chief Feschuk and other advocates put so much energy and effort, and heart and soul, into the legal battle.

The Harper apology talked about placing the burden of blame squarely on the government, and the country. For day scholars and their descendants, this settlement acknowledges the damage and dysfunction that were imposed on them, and clearly identifies the source.

It’s been a long struggle, but it was good to see the day scholars finally obtain a measure of justice.