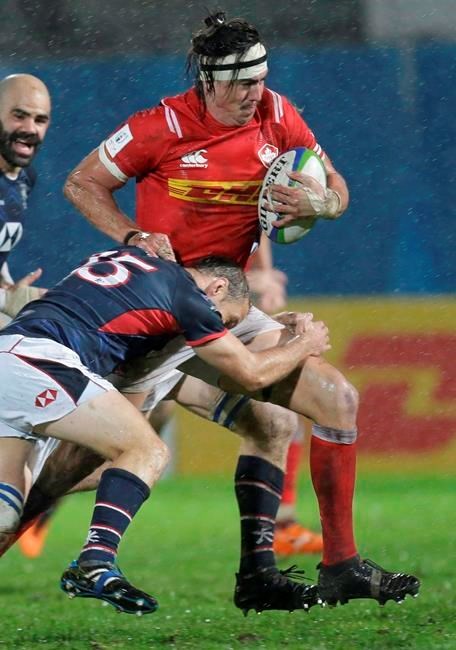 But the on-field hospitality will likely be limited Sunday when the New Orleans team (2-2-1) welcomes the Toronto Arrows (3-3-0) to the Gold Mine on Airline Stadium in suburban Metairie. With only one point separating the top four sides in the six-team Eastern Conference, it's no time for niceties.

After losing their first two games of the season following a preseason limited by the pandemic, the surging Arrows have won three of their last four and are coming off back-to-back lopsided wins over Rugby United New York (53-12) and the Seattle Seawolves (52-7).

"They're definitely hitting their stride … They're on a bit of a rampage right now," said Baillie. "It's big game for both sides."

A native of Summerside, P.E.I., Baillie signed with the New Orleans team in October 2018. Call it his home away from home away from home. When not in Louisiana, he lives in Victoria, near Rugby Canada's home base of Langford, but is planning to move his off-season base to Halifax.

In the meantime, the six-foot-four 240-pound lock/back-row forward is enjoying the Louisiana locals.

"I love it down here. The people are amazing," he said. "I grew up on the East Coast and it reminds me a lot of that — just how friendly people are and welcoming. You get everyone inviting you over for some dinners, some food. They'll give you the shirt of their back."

The 30-year-old Baillie lives with Howard close to downtown but does not get to experience the Crescent City much, given strict COVID-19 protocols.

"It's pretty much home and practice," he said. "Regardless of things being pretty open here, we still have to stick to MLR guidelines. We're still keeping tight reins on that. We got shut down (five games into) last season, so we want to make sure that this fourth season goes on."

Playing in the U.S. means separation from his girlfriend, who's also originally from P.E.I. He's not seen her since January when he left for New Orleans.

Baillie has won 29 caps for Canada and, after battling injury, made a brief appearance at the 2019 Rugby World Cup in Japan.

"It was a great experience overall," he said. "One I wish I was definitely healthy for for the entirety of it."

Just getting on the field in the 66-7 loss to South Africa in Kobe on Oct. 8, 2019, was an accomplishment. Baillie tore the medial collateral ligament in his knee a month earlier in Canada's final warmup match against the U.S.

A "pretty gruelling" rehab process followed. While he started against the Springboks, he only lasted 13 minutes before reinjuring the knee.

"It still wasn't quite right. I probably pushed it a bit too early," he conceded.

But he was glad to have been part of the World Cup journey.

"The experience was one of a kind. It was an absolutely beautiful place. Beautiful country. Great people there."

Baillie previously played for the Ohio Aviators in PRO Rugby, a now-defunct U.S. league, and had a trial at England's Saracens that was cut short when he dislocated his shoulder, requiring surgery. He eventually joined London Scottish in England's second-tier Championship.

"It was good. The experience taught me a lot," he said.

He was subsequently drawn to New Orleans by Howard and fellow Canadian Hubert Buydens who has since retired.

With NOLA on a bye week, Baillie was back home in Victoria when the league cancelled its season in mid-March last year. He flew back to Louisiana, packed up his apartment and returned to Canada 48 hours later.

He trained with Canadian teammates in Langford and did some odd jobs, including roofing. He and Howard got to spend a month in Bermuda in the fall, playing in the World Tens Series.

Rugby has taken Baillie around the world, both at the club and international level. Prior to playing in England, he spent time in Australia and New Zealand.

He played at Eastern Suburbs with fellow Canadian Jake Ilnicki, living near picturesque Bondi Beach in the Sydney suburbs.

"There's worse places to live, for sure," Baillie said with a laugh.

This report by The Canadian Press was first published April 30, 2021

Canada denied a trip to the FIFA Futsal World Cup in penalty shootout loss to Panama
May 7, 2021 5:05 PM