Feds got supplies to provinces during COVID-19 despite issues with stockpile: AG

OTTAWA — The Public Health Agency of Canada couldn't immediately handle a massive surge in demand for personal protective equipment when COVID-19 began because it had ignored years of warnings that the national emergency stockpile of medical supplies
May 26, 2021 2:44 PM By: Canadian Press 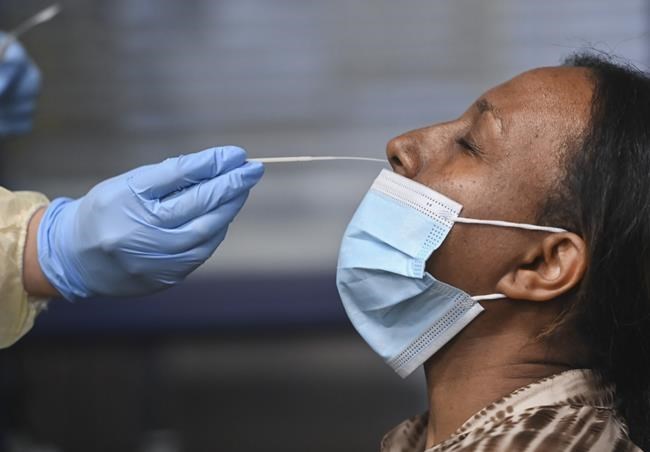 OTTAWA — The Public Health Agency of Canada couldn't immediately handle a massive surge in demand for personal protective equipment when COVID-19 began because it had ignored years of warnings that the national emergency stockpile of medical supplies wasn't being properly managed.

Auditor general Karen Hogan delivered the finding in a report tabled in the House of Commons Wednesday.

Ottawa has spent more than $7 billion on medical devices and protective equipment since the pandemic began, but Hogan's team selected four items to study for the purpose of the audit: N95 masks, ventilators, surgical gowns and testing swabs.

Hogan concluded Ottawa was eventually able to help provinces and territories get the equipment they needed to respond to the pandemic but it took weeks to get there and a substantial overhaul of government policies including bulk purchasing supplies and faster licensing for new suppliers.

"The Public Health Agency of Canada was not as prepared as it should have been," Hogan said at a news conference.

"There was definitely a time between the beginning of the pandemic and early April (2020) where a large part of the needs were not being addressed. But that was taken care of as the pandemic progressed."

Provincial and territorial governments deliver health care and maintain their own stockpiles of medicines, equipment and protective gear but PHAC maintains the national emergency strategic stockpile as backup in a crisis.

Provinces began calling on the agency for help in February 2020, as case counts in Canada began to rise.

Health Minister Patty Hajdu said Wednesday at the start of the pandemic the stockpile wasn't ready, and there wasn't a very good system to understand what the provinces needed.

"The federal government accepts all the recommendations which will ensure Canada is prepared for a future public health event," Hajdu said.

Internal audits by the public health agency in 2010 and 2013 identified serious management issues for the national stockpile, including a lack of understanding about what should be in it, and in some cases a complete lack of record-keeping on when items would expire.

Hogan said the problems are still not fixed today, and record-keeping was so bad she couldn't assess after the fact what the stockpile had contained when the pandemic began, or what items were past their expiration date.

In March 2020, the CBC reported that PHAC had tossed out two million N95 masks just months before the pandemic began after someone discovered they had expired five years earlier.

N95 respirators — face masks that are considered the best at protecting people who are exposed to someone with COVID-19 — were among the most desperately needed items in the early weeks of the pandemic.

Nurses, doctors and other hospital staff reported having to reuse the critical equipment because there was not enough to fill the need.

"What the government now needs to do is be better prepared and have that agility sort of baked into its processes, as we look forward to the next health crisis or next national emergency that might be ahead of us," she said.

But she said "you don't wait for a rainy day to rush out and buy an umbrella."

Dr. Ann Collins, president of the Canadian Medical Association, said the auditor's report takes her back to those first anxiety-filled days.

Collins said it's clear Canada faltered out of the gate and hopes this report will help get the country better prepared for the next time.

"It will be very much shame on us if we don't learn from this," said Collins.

Conservative health critic Michelle Rempel Garner said the report points out that the government waited 10 days after the World Health Organization declared a global pandemic before it bulk-ordered supplies.

"This delay meant Canadian front-line workers were being exposed to COVID-19 without appropriate PPE for weeks during the onset of the pandemic," she said.

This report by The Canadian Press was first published May 26, 2021.