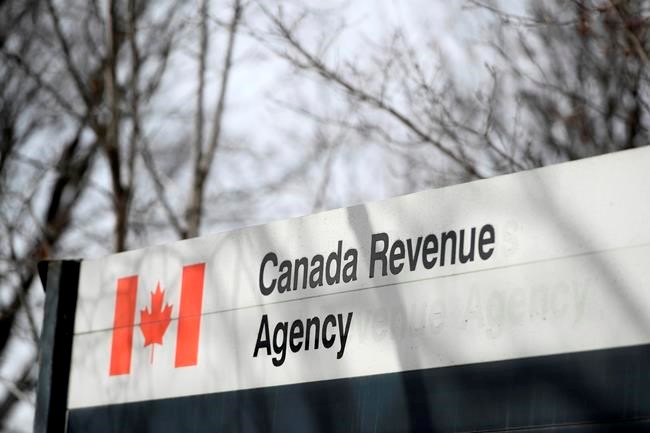 When the COVID-19 pandemic closed schools last spring, crosswalk guard and recent graduate Danny Thomson was encouraged by the Ottawa Safety Council to apply for the new COVID-19 emergency benefits.

But even though Thomson returned $3,000 in Canada Emergency Response Benefits last year after they realized they were ineligible, their tax slip from the Canada Revenue Agency says $2,000 has not been repaid. The amount is considered taxable income for 2020.

The Canada Revenue Agency confirmed this week that some taxpayers who repaid COVID-19 related benefits in 2020 have received incorrect tax slips that wrongly list portions of the repaid benefits as taxable income.

The CRA had previously informed CERB recipients that they must repay the benefit if they earned more income than expected during the four-week payment period, or if they applied and later realized they were ineligible. It also said duplicate CERB payments should be repaid — if recipients applied for and got the CERB from both the CRA and Employment Insurance or Service Canada for the same eligibility period.

CERB recipients who repaid before Dec. 31, 2020, should not have to pay tax on those amounts on 2020 tax returns, the revenue agency's website notes, with the repaid amounts subtracted from the individual's benefit amount on T4A slips.

But the tax agency said there is a rare error in which the repayments are credited to a taxpayer's T1 instalment account instead of their emergency benefits account.

"These repayments can be properly and easily credited to the correct account," CRA spokesperson Etienne Biram said in a statement.

The CRA said taxpayers should call 1-800-959-8281 to fix incorrect tax slips. It added that it is being proactive and moving the payments to the correct accounts, and that amended tax slips will be issued.

Thomson said three calls to the CRA so far have been unsuccessful as all the agents have been busy each time he called.

Edward Rajaratnam, executive director at EY Canada’s people advisory services, said a phone call to the CRA —  preferably in the morning before a queue starts forming on the hotline — is still a better route than a letter, since the error might be difficult to dispute in an online portal.

"My first rule of thumb is, please reach out to the CRA —  because if it was a genuine error, they would correct it," Rajaratnam said.

"(A phone call is ) more personal in nature. Everybody's situation is different."

Rajaratnam said he has seen the tax slip issues cropping up across his network, from friends to LinkedIn connections. The first question, he said, is whether the repayment of the emergency benefit was made before Dec. 31. If a taxpayer repaid the benefits in January or February, they'll have to wait until this time next year to get the adjustment in their 2021 tax filing.

Before filing a complaint, Rajaratnam said it's also worth checking with your bank to ensure the repayment left your account and the relevant agency received it.

He suggested anyone who repaid benefits before the new year check for errors as soon as the T-slip arrives, rather than leaving it until closer to the tax-filing deadline to catch a miscalculation. That way, Rajaratnam said, there will be time to get a corrected tax slip.

"I wouldn't suggest anybody to file your tax return without having that (amended T4A slip)," Rajaratnam said.

Rajaratnam said that he's hopeful the CRA will provide detailed guidance on this issue before the end of April, so people know when to expect their corrected tax slips.

If for some reason, someone notices the error right before the tax-filing deadline and cannot get through to the CRA, Rajaratnam said there is a last resort: Putting the correct amount on the tax filing and including a letter to the CRA explaining why the T4A doesn't match the tax filing.

But Rajaratnam stressed that it is best not to wait, since the CRA has not yet said if it will offer extensions to deal with these issues.

"This has been a very fluid situation with all their the wage subsidies and CERB benefits," Rajaratnam said. "I think the CRA is, similar to all other governments, trying to do the best they can."

The CRA could also be clearer in its instructions and on its website, Thomson says, noting that Reddit message boards on CERB and Employment Insurance are filled with similar anecdotes.

"I know I'm not the only one who's had this issue, and it's scary getting a big government letter in the mail," Thomson said.

"I don't think I should have to pay taxes on this. Hopefully I can get through to someone to get this fixed."

Note to readers: This is a corrected story. An earlier version used the incorrect pronouns to refer to Danny Thomson.