An Elphinstone graduate was part of the University of Victoria team that was awarded first place at the 13th annual SAE Formula Hybrid Competition, hosted every year by the Thayer School of Engineering at Dartmouth College in New Hampshire.
May 7, 2019 10:48 AM By: Coast Reporter Staff 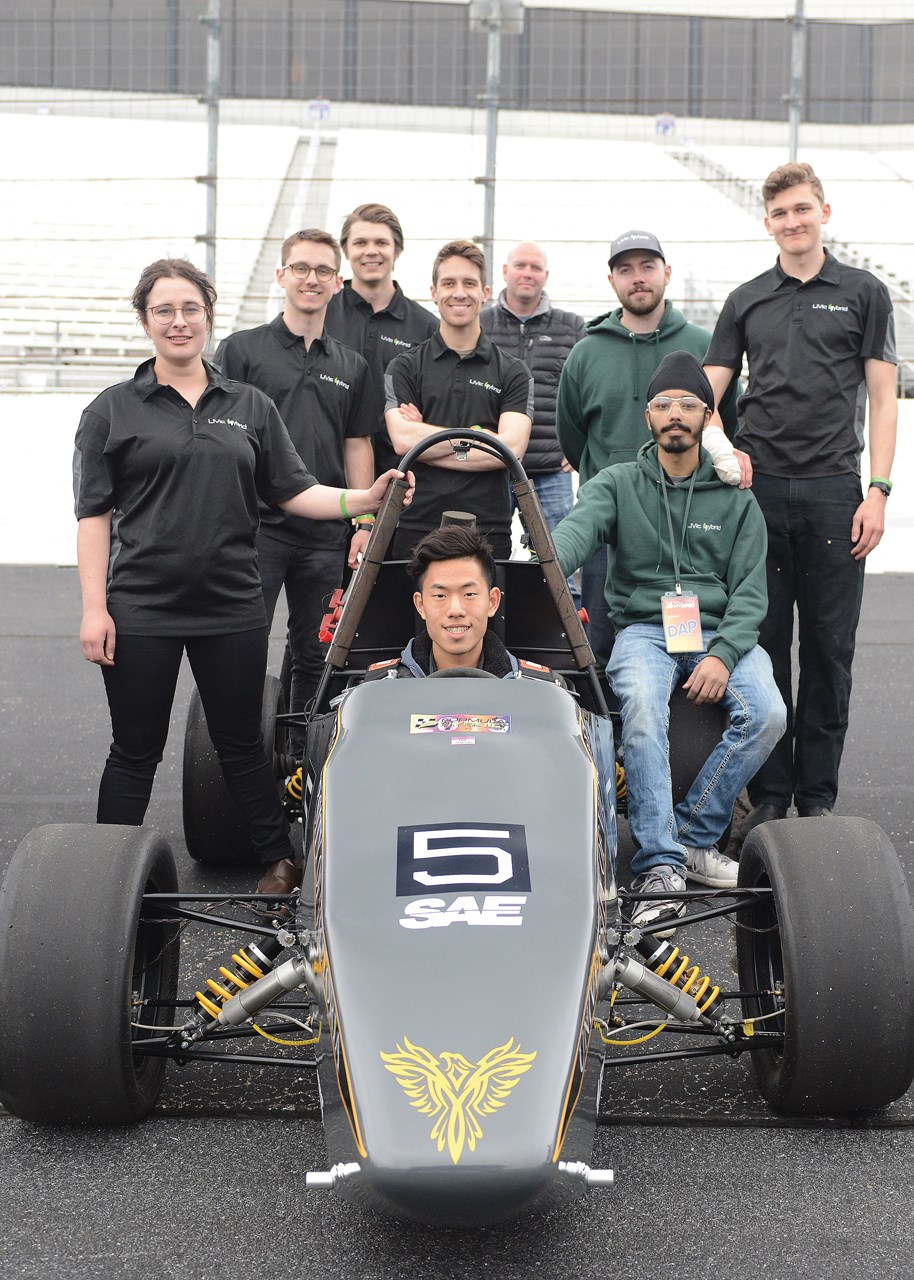 An Elphinstone graduate was part of the University of Victoria team that was awarded first place at the 13th annual SAE Formula Hybrid Competition, hosted every year by the Thayer School of Engineering at Dartmouth College in New Hampshire.

Gabe Goerzen, a mechanical engineering student at UVic who graduated from Elphi in 2017, took home the honours last week with a team comprised of eight other UVic students.

The team’s innovative design also landed them the IEEE (Institute of Electrical and Electronics Engineers) Engineering the Future award.

Goerzen, the youngest team member, acted as project coordinator and was instrumental in the design and bodywork of the race car. He conducted aerodynamic analysis using CFD software (Computational Fluid Dynamics), managed project timelines and competition deliverables, and oversaw communications and social media.

A total of 35 teams from around the world designed, constructed and put their cars through a number of tests and timed trials before the winner was declared.

“This competition really taught our team a lot about what industry employers are looking for and engineering methodology,” the UVic team said in a statement after the competition. “We got an amazing chance to collaborate and network with other teams and professional automotive engineers, making great connections with some potential future employers.”

Team members said the big advantage for UVic was the lighter weight of a capacitor-based system compared with lithium-ion batteries used by the other teams. Basically, the UVic car put out more power per unit of mass than its competitors. Mechanical energy for the hybrid system was supplied by a 250cc motorcycle engine.

– Submitted, with files from the Times Colonist