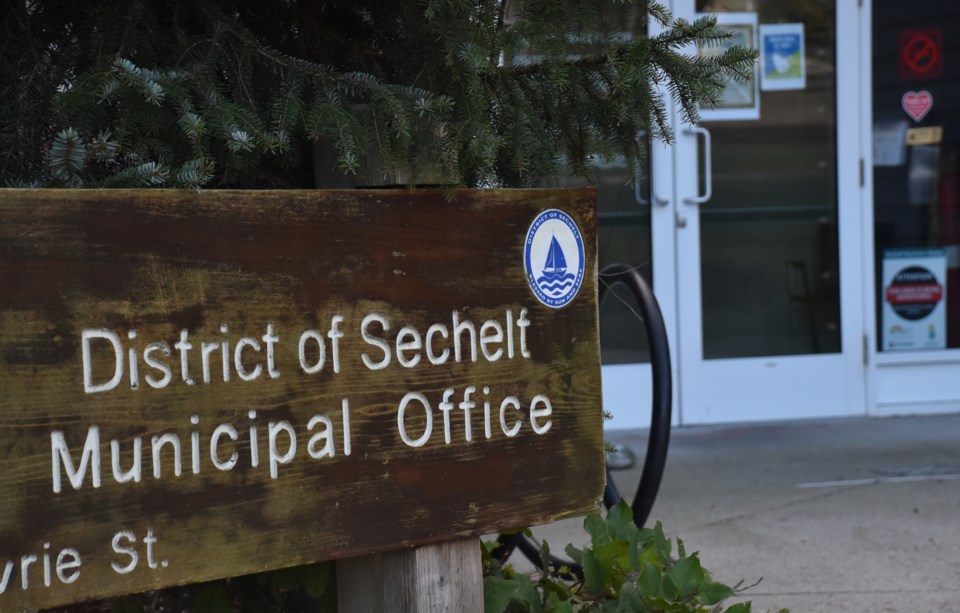 Sechelt council reviewed the 11 staffing requests raised at a prior budget meeting that are expected to add $357,913 to this year’s budget, and struck one position off the list.

Based on the decisions made at the April 14 committee-of-the-whole meeting, overall taxes for the District of Sechelt stood at 6.7 for operations and three per cent for capital, for 9.7 per cent overall.

During an April 21 committee-of-the-whole meeting where taxes were reviewed, financial services director David Douglas noted among key changes to this year’s final tax roll from BC Assessment was a 3.72 per cent increase to residential assessed values due to market conditions, while most businesses classes dropped.

Of the 11 original staffing requests made earlier in the budget process, council voted to shave off a parks maintenance position for $41,250, deferring it until next year.

After some debate, an administrative assistant part-time position for $20,000 was also approved, with human resources manager Lindsay Roberts telling council the position would save them from dipping into reserve funds to pay for casual work.

Also approved was an engineering summer student position for $15,000.

Council voted to approve an RCMP community safety coordinator for $43,000 – as long as it can be funded by a UBCM Strengthening Communities grant.

One part-time wastewater labourer had been previously approved, and another similar position is still being considered by staff.

Council also voted on a number of outstanding requests, including using taxes for a $40,000 feasibility study for a cultural facility, which they unanimously voted down.

“I think it’s something important for the community, for the whole Sunshine Coast, given the huge arts and culture community that’s here, particularly because they’ve been beaten up so bad because of COVID,” said Mayor Darnelda Siegers. “I also understand the impact of taxes right now.”

Approved, was $15,000 to contribute to a reserve to create a community public art project, with councillors Eric Scott and Janice Kuester opposed.

Tennis court resurfacing for Hackett Park at a price of $24,000 through the surplus account was approved.

So was a $200,000 district-wide transportation master plan, through reserve funds rather than taxation as originally proposed.

Engineering director Kirn Dhillon defended the cost of the transportation study, citing development pressure, new hires that could allow them to move forward on the project, and a need for a holistic transportation plan.

Council also approved using $50,000 from the Community Forest dividend towards a well for the Sunshine Coast Salmon Enhancement Society.

The draft 2021 budget is expected to come forward for consideration of initial approval at the May 5 regular council meeting.