Plans are already underway for next summer’s arts and culture activities in Sechelt and officials are preparing with the pandemic in mind.
Dec 6, 2020 9:20 AM By: Sophie Woodrooffe 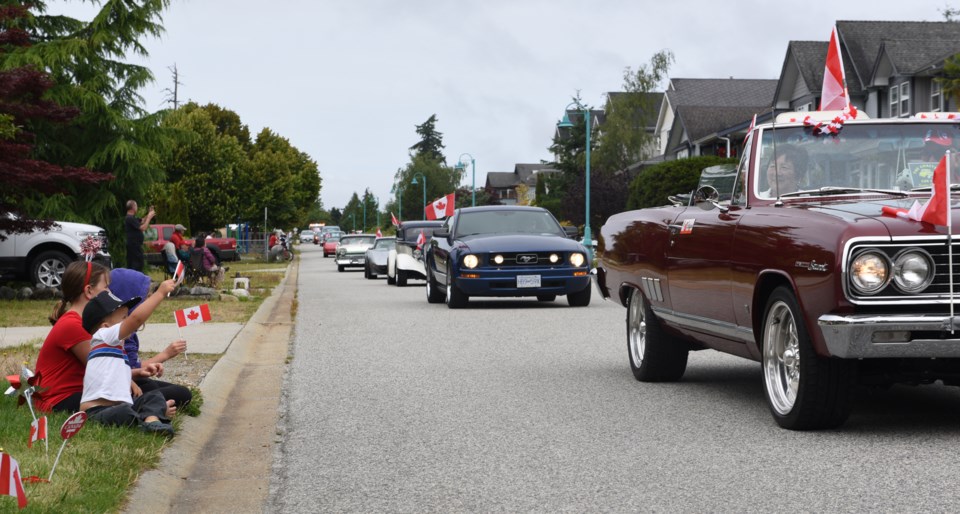 Plans are already underway for next summer’s arts and culture activities in Sechelt and officials are preparing with the pandemic in mind.

“We are planning on moving forward with our main cultural activities again next year, and of course they will look a little bit different,” Siobhan Smith, the district’s arts and culture coordinator, said at a Dec. 2 council meeting.

Planning is consistent with other Lower Mainland municipalities, which are using August 2020 public health restrictions as a benchmark, Smith said.

That means keeping gatherings to less than 50 people, maintaining physical distancing, holding events primarily outdoors, mandatory registration, and including virtual components. Based on this year’s experience, they want to add more interactive elements to events.

“Given both the success of the 2020 event, and the uncertainty of future restrictions on gatherings and events in B.C., staff are planning to host another physically-distanced Canada Day celebration,” said a Dec. 2 staff report reviewing the arts and culture events supported by the District of Sechelt in 2020.

In 2020 Sechelt’s Canada Day celebrations went the home delivery route – rather than crowds gathering in the downtown core for a parade, floats and other participating vehicles snaked through neighbourhoods across the district.

Staff said next year’s celebrations will be similar in order to “meet the requirements of any Public Health Order that may be in place in 2021.”

This year the district didn’t solicit in-kind or financial donations from the Sechelt Farmers’ and Artisans’ Market and the Sechelt Downtown Business Association, as it normally does, and district staff anticipate moving ahead with another reduced budget.

Despite the challenges, councillors said the event was a success.

“It was like a big party because they could actually see other people. It was really good how it brought the community together,” said Mayor Darnelda Siegers.

Another event councillors said they hope to see again was outdoor movies. “I heard fantastic things about the drive-in movie event. So we need to see if we can pull that off again next year,” said Coun. Alton Toth.

Only 50 tickets were sold, price by-donation. While the events generated $2,335 for Habitat for Humanity on the Sunshine Coast, the price tag was steep: $7,500 for each night. “Sponsorship by Fortis BC made the event possible,” said the staff report.

Plans for next year were included as part of a larger review of the arts and culture festivities that took place during the pandemic.

“You can be proud of what we were able to accomplish,” Smith told councillors.

During a monthly meeting with cultural managers from almost every municipality on the Lower Mainland, as well as Kelowna, Victoria and Cowichan Valley, “Sechelt was able to produce on par or even more than many of these municipalities... So we did really well,” she said.

The Sechelt Summer Music Series moved ahead with 17 acts recorded outdoors over 16 days and released on YouTube and other digital platforms. The report noted many artists were grateful and for some it was their only paid gig of the year. Eastlink is also packaging the professionally recorded acts for broadcast.

Over two weeks the 2020 Sechelt Arts Festival featured arts, dance, heritage and music but had to make major adjustments. At $5,100, revenue from ticket sales was “quite a bit lower than previous years,” said co-producer Diana Robertson, but additional income was provided through the Community Foundation. Sponsors also remained in place. Patrons and artists were “painfully grateful” the festival went ahead, said co-producer Ross Powell.

And in October, the district partnered with the Sunshine Coast Arts Council for a two-day printmaking workshop with Culture Days BC Arts Ambassador Edward Fu-Chen.

A Santa tour similar to the Canada Day parade was planned this holiday season, said Smith, but the latest health restriction kiboshed that idea.