After a decade in his position at School District No. 46 (SD46), superintendent Patrick Bocking has announced he will retire in six months.
Jan 14, 2021 1:09 PM By: Sophie Woodrooffe 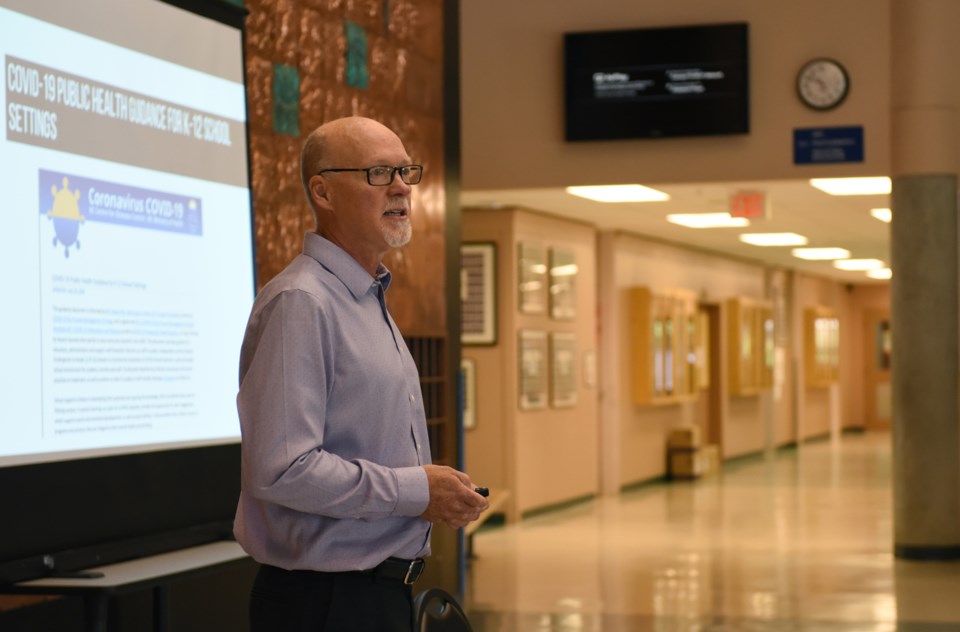 After a decade in his position at School District No. 46 (SD46), superintendent Patrick Bocking has announced he will retire in six months.

Bocking was hired at the school district in 2011 and before that served in senior administrator roles in Thunder Bay and North Bay, Ont.

“Given the strengths of where the district is right now, it’s a good time to introduce a shift in the district leadership team,” said Bocking at a Jan. 13 school board meeting.

The board is two years into its four-year strategic plan, and the district has pursued strategies that are having “a profound impact on communication structures, finance and facility improvements, wellness for students and staff, learning opportunities in Indigenous and inclusive education,” he said.

Bocking highlighted the district’s improved completion rates, especially for Indigenous students, which for the first time this year outpaced the overall average.

The district’s approaches to COVID-19 health and safety protocols have been “absolutely relentless,” he said.

“We have great reason for optimism in the coming months for vaccinations to be able to move beyond COVID-19 and the learning and cultural challenge this pandemic has imposed upon us.”

As of Jan. 14, Vancouver Coastal Health has not reported any COVID-19 exposures at SD46 schools.

Bocking said he will be finishing his tenure at the end of July, which will give the board “ample time to engage in a search for a new superintendent who will lead the district to the very bright future that I know that it has.”

Chair Amanda Amaral congratulated Bocking. “I’ve really enjoyed working with you over the past two years,” she said. “I hope the next six months we have together are just as enjoyable and full of fun times and wonderful memories.”

Following the announcement, trustee Samantha Haines made a motion to strike an ad hoc committee to select his successor, which was approved unanimously.