Despite concerns from the public raised about height and health impacts, Sunshine Coast Regional District (SCRD) directors unanimously supported a proposal by Telus to build a telecommunications tower at the Roberts Creek Fire Hall.
Jul 12, 2020 6:18 AM By: Sophie Woodrooffe 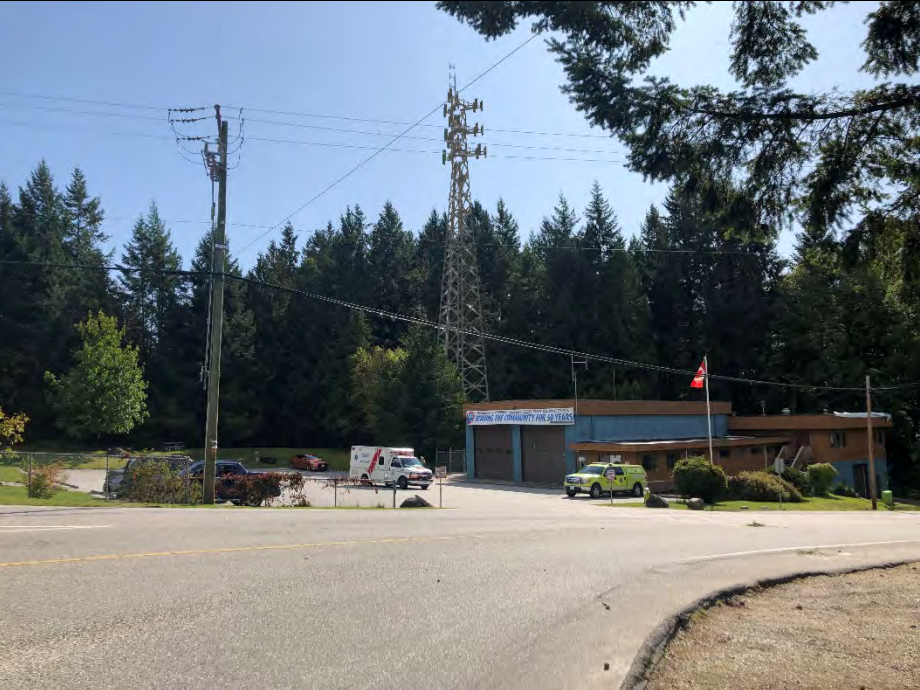 An artist’s rendering of the proposed Telus tower at the Roberts Creek fire hall.SCRD Image

Despite concerns from the public raised about height and health impacts, Sunshine Coast Regional District (SCRD) directors unanimously supported a proposal by Telus to build a telecommunications tower at the Roberts Creek Fire Hall.

Telus wants to partner with the SCRD to construct the new 45-metre tower, which would replace the existing one that stands 36 metres. The new tower would improve wireless services for “residents, businesses and tourists” in the Roberts Creek area and improve emergency communication services for the Roberts Creek Volunteer Fire Department, according to the Telus proposal.

Directors were asked by the company to provide input as they seek approval from the federal agency Innovation, Science and Economic Development Canada.

The staff report presented at the July 9 planning and community development committee meeting said the company’s consultations with the public revealed concerns “related to potential health impacts.” Telus responded that the tower would have to comply with all Health Canada regulations.

Roberts Creek director Andreas Tize also flagged those concerns at the meeting, and the fact that some trees would have to be removed. He said he wanted to acknowledge the “contentious” issue of radiation but added, “I am going to put my faith in Health Canada and that they continue to have the public’s best interest at heart,” before describing the project as a win-win opportunity.

Town of Gibsons director David Croal said people in Gibsons were also worried about cell towers, but said the topography of the Sunshine Coast has created a “huge demand” for improvements. He said telecommunications providers should alleviate health concerns by circulating independent information to the public so that it “doesn’t come across that the fox is guarding the hen house.”

Construction is expected to take between one and two months once the company gets approval. Telus also needs approval from Transport Canada.

Directors unanimously approved the staff recommendations that the SCRD confirm Telus has satisfactorily consulted with the regional district and supports the project as long as it is built “substantially in accordance” with the plans provided.