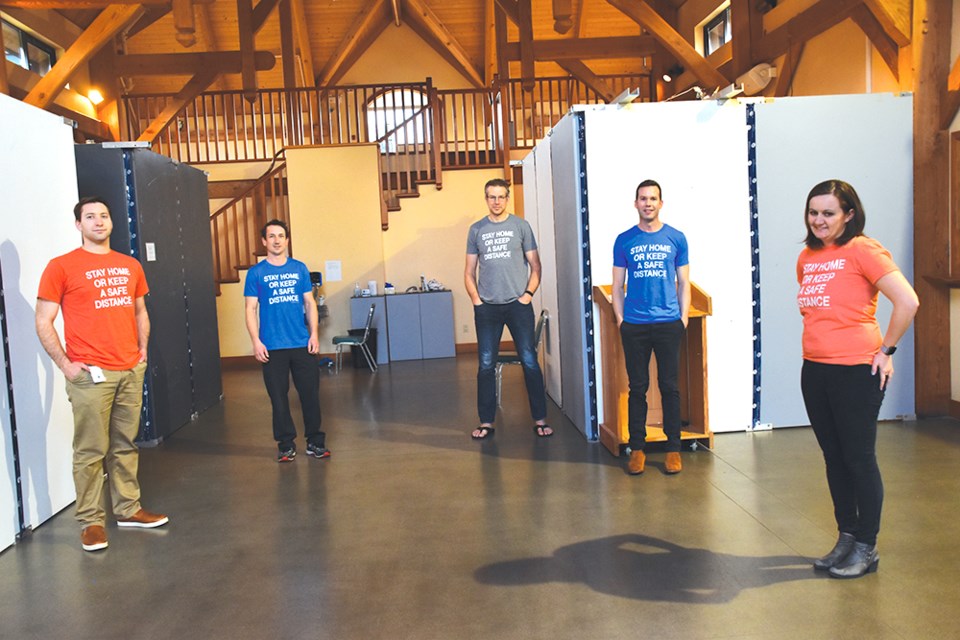 The B.C. College of Family Physicians has recognized members of the Sunshine Coast COVID Physician Task Force with College Coins.

Roberts Creek resident Dr. Michael Klein, family practice and paediatrics emeritus professor at UBC, nominated the individual doctors and they were officially recognized by the regulatory body on Dec. 7, along with 36 other family physicians across the province.

Klein told Coast Reporter their work represented “the successful intervention on the part of family doctors who were clearly thinking of the whole community and not merely the patients who were under their care.”

“That to me was an example of the best that family medicine has to offer.”

The coins are similar to those used in the Canadian military in recognition of special achievements, according to the College website, to honour “unsung heroes in family medicine.”

Dr. Brian Nelson is also on the team but as an ophthalmologist rather than a family physician was not eligible for the award.

Since last March the task force has been doing advocacy work and providing updates to the community while also managing the Sunshine Coast’s respiratory assessment clinic in Sechelt.

Opening the clinic kept family practice offices safer, said Klein – and supported other family physicians in their work as they transitioned online to provide care virtually.

Klein said the more than 40 bulletins the task force has released to the public to update them on the pandemic as it was unfolding on the Sunshine Coast, achieved “a very nice balance between providing vital information, but also keeping people from panicking” – which Klein said also contributed to the Sunshine Coast’s collective response and adherence to public health restrictions.

They have also worked to advocate for COVID-19-related services on the Sunshine Coast, including point-of-care testing.

The task force was launched through the Sechelt Hospital Medical Staff Association and while the members work collaboratively with public health, they are not employed by Vancouver Coastal Health.

As fee-for-service physicians, the task force work is not part of their remit, said Klein. “They did it because they felt an obligation to do it, and do it well. And that’s about leadership.”