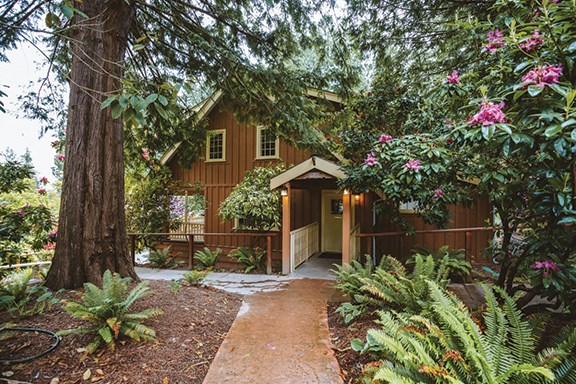 Rockwood Lodge is one of the heritage properties receiving part of the Unique Heritage Infrastructure funds for conservation work. District of Sechelt

Sechelt’s Rockwood Lodge and Roberts Creek’s community hall and library have made the list as part of the province’s latest – and largest – round of heritage infrastructure funding.

The District of Sechelt was awarded $234,600 to give Rockwood Lodge a much-needed “facelift” including a new roof, fresh paint, refurbished hardwood floors, a new accessible washroom and to finish making the kitchen commercial.

Karen Spicer, the RCCA vice president, told Coast Reporter in an email that the work will begin in the spring with the help of local tradespeople.

“This project will ensure that the heritage values of these two highly unique historic places are appropriately and carefully conserved using a minimal intervention approach,” Spicer said. “The hall and library have significant heritage value as the main community gathering places, and continue to be valued as the current and historic hearts of Roberts Creek culture.”

The Rockwood Lodge improvements will make the heritage guest home turned community hub “more beautiful for our citizens to use and also … make the kitchen fully commercial for our local artisans,” Lucy Clark, the district’s community services coordinator, said in a press release.

Clark described the structure, built about 85 years ago at 5511 Shorncliffe Ave., as “a gem of a community building.”

Sechelt Mayor Darnelda Siegers said in the release that without the funds, the project would have required a three per cent tax increase. With the funding, she said, locals will be hired to work on the upgrades.