A $1,000 reward has been offered by a wildlife organization for information leading to a conviction of whoever killed a family of black bears in Roberts Creek.
Oct 12, 2018 6:00 AM By: Sophie Woodrooffe 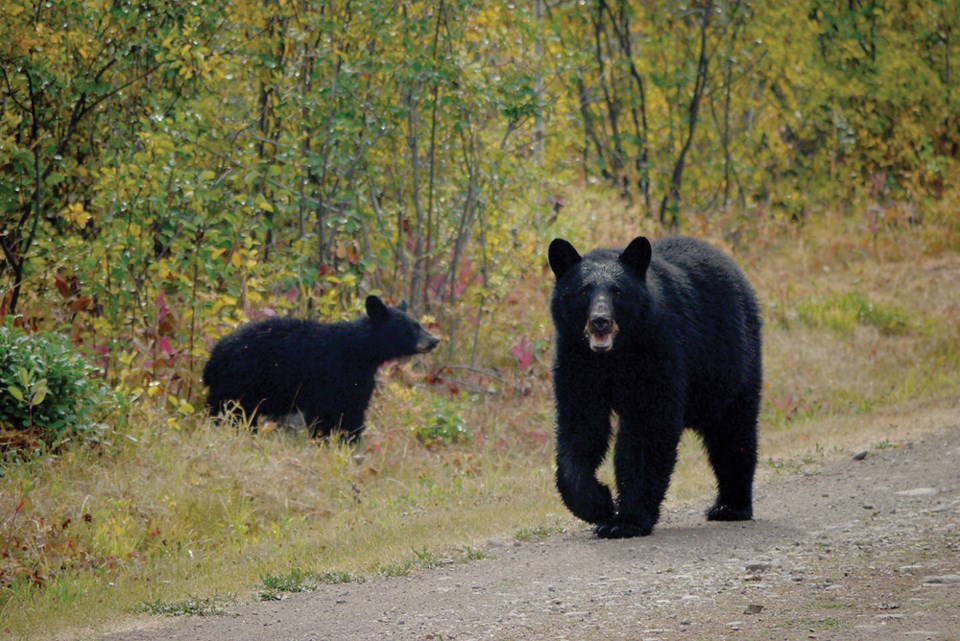 A reward has been offered for information leading to a conviction of whoever killed a family of black bears in Roberts Creek.

A $1,000 reward has been offered by a wildlife organization for information leading to a conviction of whoever killed a family of black bears in Roberts Creek.

A sow and two cubs were found dead near a Forest Service Road in Roberts Creek by a member of the public, who located them on an embankment after following the smell of the decaying carcasses.

According to the Conservation Officer Service, the bears were likely killed “due to conflict and habituation reasons.” The service is investigating and is seeking information from the public to link the bears to a suspect.

Since making the investigation public, the Association for the Protection of Fur-Bearing Animals offered the $1,000 reward.

“We are hopeful the reward may provide incentive for individuals with knowledge of what occurred to come forward and assist the Conservation Officer Service in their investigation,” said Lesley Fox, executive director of the Fur-Bearers in a release.

That sum has since been doubled by Coast resident and internationally ranked pistol shooter Allan Harding. He said his love for bears inspired him to offer $1,000 on top of the reward offered by the Fur-Bearers. “It’s such a shame,” Harding told Coast Reporter. “I thought I’d add to it and hopefully somebody else might decide to do something also.”

As of Oct. 10, the investigation was still ongoing, according to Sgt. Dean Miller of the Conservation Officer Service in Sechelt. “We have nothing to report yet,” he said, adding that circumstances have limited the amount of officer time dedicated towards the investigation.

Those with information that could assist with the investigation are encouraged to contact the Report All Poachers and Polluters (RAPP) line at 1-877-952-7277. All reports are held as confidential information.