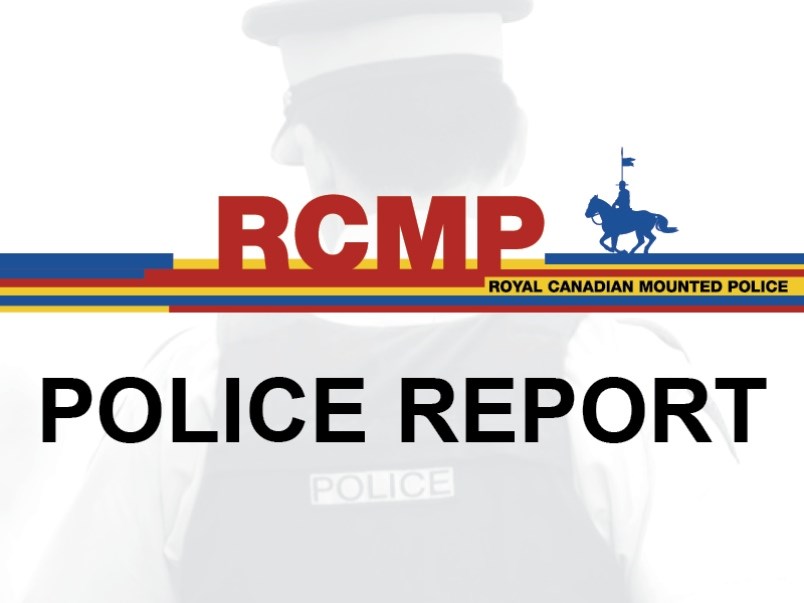 On July 13 around 4:45 a.m., a witness reported a male pulling plants out of flowerbeds in the 5600 block of Cowrie Street and putting them into his truck. Police attended and located the suspect male with truck full of recently dug up plants, and a trail of dirt and debris between the truck and a pillaged planter box. Police noted several other planter boxes up and down Cowrie Street were missing plants. The male was arrested for mischief and released on an appearance notice for court. The male was also instructed to replant everything he’d dug up and sweep up the mess before leaving. The file is still under investigation.

• On July 14, a Coast resident reported that her vehicle had been taken without consent by a known party from the 5900 block of Reef Road, Sechelt. The missing vehicle is a black 1991 GMC Sonoma, BC Licence Plate RH3683. Anyone with any information about this incident is asked to contact RCMP, reference police file 2021-4708.

• Overnight on July 13, suspects gained entry to community mailboxes near the intersection of Yew Road and Sechelt Inlet Road, Sechelt, by prying open doors to individual compartments; they were mostly unsuccessful but it is unknown what may have been stolen from the boxes that had been breached. Anyone with any information about this incident is asked to contact RCMP, reference police file 2021-4678.

• Between July 10 and 18, a suspect stole a boat that had been moored in Ruby Lake. The stolen boat is described as a homemade pontoon. Anyone with any information about this incident is asked to contact RCMP, reference police file 2021-4832.

• On July 13, police attended a shoplifting report at a business in the 5700 block of Cowrie Street, Sechelt, after staff detained the suspect who attempted to leave the store with a basket full of unpaid for merchandise. The suspect was arrested and taken back to cells where she was released on an undertaking to appear in court on charges of theft and shoplifting under $5,000. The file is still under investigation.

• Overnight on July 17, a suspect stole a bike from a residence in the 5200 block of Highway 101, Sechelt. The bike is described as a white Specialized Canondale Lefty mountain bike with a unique single front shock and tires with the word MAXXIS in yellow on them. The serial number is MM17690. Anyone with any information about this theft is asked to contact RCMP, reference police file 2021-4795.

• Between June 27 and 28, a suspect stole a large amount of fishing equipment from a boat stored in the 200 block of Harry Road, Gibsons. The equipment included rods, down riggers and other common fishing gear. Anyone with any information about this incident is asked to contact RCMP, reference police file 2021-4856.

• Overnight on July 14, a resident reported a theft after a suspect cut the lock off a bike secured on a rack outside a business in the 5500 block of Highway 101, Sechelt. The stolen bike is described as a men’s silver with red accents Giant brand Talon model mountain bike. The bike had a bar light on the handle bars and slight white discoloration on the rear tire. Anyone with any information about this incident is asked to contact RCMP, reference police file 2021-800033.

• On July 13, a witness reported seeing a driver toss a lit cigarette out the window of his orange Subaru eastbound on Redrooffs Road near Fawn Road, Halfmoon Bay. Fortunately, no brush fire resulted, but given the extremely hot temperatures and the dry ground conditions, this is incredibly irresponsible behaviour. The witness advised this male has been seen tossing lit cigarettes out his window on numerous occasions. As the witness was able to obtain a vehicle licence plate number, police will be following up with the registered owner. The file is still under investigation.

• On July 14, a hit and run was reported in a parking lot in the 1600 block of Field Road, Sechelt, after two vehicles that were reversing out of their spots at the same time collided into each other’s rear bumper. The first vehicle remained on the scene but the second vehicle driver did not stop and drove away without trading any information with the other driver. The first driver was able to note the licence plate of the second vehicle and security cameras caught the incident on video, so police will be following up with the second vehicle’s registered owner. The file is still under investigation.

• On July 14, police attended a single-vehicle incident in the 4400 block of Highway 101, after Emergency Health Services reported a vehicle had gone off the road and collided into a rock wall. Witnesses reported seeing the vehicle driving erratically before it suddenly veered off the road. The lone driver and occupant was found to be suffering from a medical emergency and was taken to Sechelt Hospital by Emergency Health Services for non-life-threatening injuries. The vehicle was totalled and had to be towed from the scene. The matter has been referred to ICBC.

• On July 16, a possible impaired driver was reported disembarking a ferry at the BC Ferries Langdale terminal after the vehicle struck some centre poles on the ferry before driving away. Police located the vehicle nearby and noted the driver exhibiting signs of possible alcohol intoxication. The driver, who was also witnessed swerving in his lane as he drove away, was given a roadside alcohol screening test. After two fail results, the driver was issued a 90-day immediate roadside prohibition and his vehicle was impounded for 30 days. The matter has been referred to RoadSafetyBC.

• On July 19, witnesses reported a possible impaired driver driving off a ferry at the Langdale BC Ferries Terminal. Police located the suspect and vehicle nearby and initiated a traffic stop. The driver, who was exhibiting obvious signs of drug impairment, was issued a 24-hour driving prohibition. The driver was also arrested and transported to cells for breaching a conditional sentence order.

• At approximately 4:30 a.m. on July 19, a break and enter alarm was triggered at a business in the 12800 block of Madeira Park Road, Madeira Park. The suspect appears to have gained entry through a sliding window and once inside, they pried open multiple locked drawers and a safe before making off with a sum of cash. The property crime examiner attended the scene and the file is still under investigation. Anyone with any information about this incident is asked to contact RCMP, reference police file 2021-4842.

• On July 16, a kayak found in the waters near Margaret Road, Roberts Creek, was reported. Owner may claim within 90 days with detailed description. Please reference police file 2021-4764.