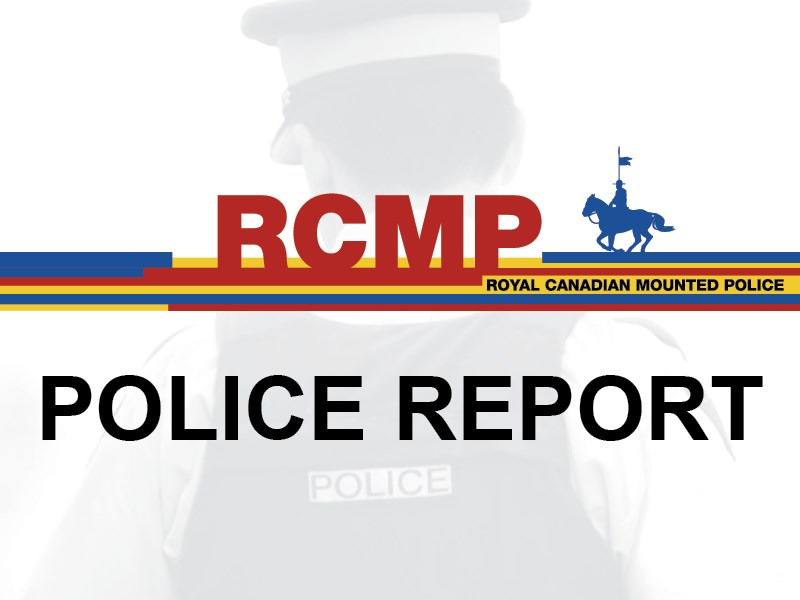 Sunshine Coast RCMP reported the following for Jan. 14 to 20:

On Jan. 15, police witnessed a three-vehicle incident on Highway 101 near Davis Bay Road, Sechelt, after the mast of a small sailboat strapped to the top of a northbound vehicle came loose and pivoted out into oncoming traffic. The mast struck a second vehicle, smashing out the front windshield and damaging the dashboard, before striking and denting the rear driver’s side corner of the third vehicle. Fortunately, no injuries were reported. The driver of the northbound vehicle was issued a violation ticket for insecure load and the matter has been referred to ICBC.

Break & Enter
• Overnight on Jan. 15, a suspect gained entry to a school in the 1000 block of Roberts Creek Road, Roberts Creek, and stole 27 iPads. The suspect appears to have accessed the premises through an insecure rear door and broke into the cart containing the iPads. Anyone with any information about this incident is asked to contact RCMP, reference police file 2021-348.

Mailbox Theft
• Overnight on Jan. 16, a passerby reported Canada Post community mailboxes near the intersection of Wescan Road and McNaughton Road, Halfmoon Bay, pried open and broken into. Police received a second report of two community mailboxes located at Leaning Tree Road and Belair Road, Halfmoon Bay, that had also been broken into. Anyone with any information about this incident, or any of the break-ins to mail boxes, is asked to contact RCMP, reference police file 2021-365.

Theft
• Sometime since mid-December, a suspect drilled out rivets to steal a specialized touch-screen tablet from its casing on a large roadside display sign located in the 5900 block of Highway 101, Sechelt. The item, which is specific to the unit, would not be usable as a standalone tablet. Anyone with any information about this theft is asked to contact RCMP, reference police file 2021-287.

• On Jan. 12 at approximately 8:00 p.m., a suspect was caught on surveillance video exiting a pickup truck and going through the back of a parked vehicle parked in the 12300 block of Highway 101, Madeira Park. The suspect stole some ratchet straps. No other theft or damage was reported.

• On Jan. 15, a suspect gained entry to a vehicle parked at a business in the 5500 block of Wharf Avenue, Sechelt, and stole a purse while the owner was away from her vehicle for a short period. The suspect was caught on surveillance video and police have identified the suspect. The suspect was arrested and released on an undertaking for court. The file is still under investigation.

Mischief
• Overnight on Jan. 14, suspects vandalized property at an address in the 900 block of Woodsworth Road, Gibsons, by smashing a window and damaging a screen window as well. A number of empty liquor bottles were also located at the scene.

Collision
• On Jan. 15, police attended a report of a vehicle in the ditch which was partially blocking the roadway on Fawn Road, Halfmoon Bay. While police were on scene, the owner attended and advised he’d left the vehicle parked for a friend to pick up, and that the vehicle must have rolled backwards. Fortunately, no damage to any other vehicles or property occurred, and no one was injured. The registered owner of the runaway vehicle was issued a violation ticket for improper parking of a vehicle and the matter has been referred to ICBC.

• On Jan. 16, police attended a single-vehicle incident in the 5800 block of Reef Road, Sechelt, after a witness reported a vehicle in the ditch that had been spinning its wheels for some time, before the driver was seen walking towards downtown Sechelt. Police located the male and issued him a violation ticket for failing to remain at the scene of an accident as well as a notice and order to have the damaged vehicle mechanically inspected. The vehicle was towed and the matter has been referred to ICBC.

• On Jan. 18, police attended a two-vehicle incident on Wharf Avenue near Highway 101, Sechelt, after the first vehicle exited a parking lot and struck the second northbound vehicle. The second vehicle driver had dash cam which captured the incident. No serious injuries were reported and the second vehicle had to be towed from the scene. The matter has been referred to ICBC.

Found Property
• On Jan. 18, a cellphone found on a Sunshine Coast Transit bus was turned in. Owner may claim within 90 days with detailed description. Please reference police file 2021-409.