Sunshine Coast RCMP reported the following for Nov. 9 to 16: On Nov. 16, a resident in the 1500 block of Thompson Road, Langdale, reported that a persistent bear was in the yard despite attempts to scare it off with an air horn.
Nov 18, 2020 11:17 AM By: Coast Reporter Staff 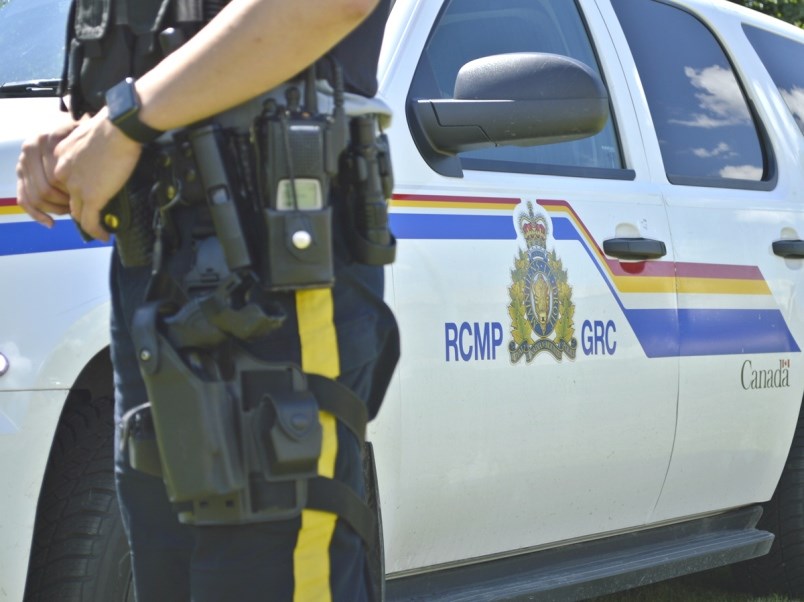 Sunshine Coast RCMP reported the following for Nov. 9 to 16:

On Nov. 16, a resident in the 1500 block of Thompson Road, Langdale, reported that a persistent bear was in the yard despite attempts to scare it off with an air horn. Police attended and noted a garbage bag containing empty milk cartons had been torn apart. The resident, who had already received a violation ticket for attracting wildlife after making a recent similar bear complaint, was advised to remove the large collection of recyclables on the property. Police have also notified the Conservation Officer Service.

Theft
• On Nov. 10, a suspect was caught on camera at a business in the 900 block of Gibsons Way, Gibsons, stealing a pair of shoes. Police are attempting to identify the suspect.
• On Nov. 11, a suspect was witnessed grabbing an item and running out without paying for it at a business in the 5800 block of Trail Avenue, Sechelt. Police are reviewing security camera footage and the file is still under investigation.
• Between Nov. 4 and 13, a suspect stole a full propane tank from a residence in the 1000 block of Taki Te Si Road, Gambier Island. No other theft or property damage was reported.

• On Nov. 16, staff at a business in the 5500 block of Wharf Avenue, Sechelt, witnessed a male suspect take an item off a shelf and leave without paying for it. The suspect was also captured on security camera and the file is still under investigation.

• Between Nov. 10 and 12, a suspect stole a two power cords that were to power up a large Christmas tree at a business in the 5700 block of Cowrie Street, Sechelt. Both 50-foot-long yellow cords are described as having a three-way female side that is clear which lights up when plugged in. Anyone with any information about this theft is asked to contact RCMP, reference police file 2020-7951.

Break and Enter
• Sometime in the last few weeks, a suspect gained entry to a building in the 6600 block of Highway 101, Sechelt, by breaking a lock off a door, and stole a red Milwaukee bag containing two battery operated drills, a yellow and black tool box, crow bars, and other miscellaneous tools.

• Between Nov. 13 and 16, a suspect gained entry to a residence in the 5700 block of Trout Lake Road, Halfmoon Bay, through the front door. There is evidence the suspect walked throughout the house but other than damage to a door frame, no other obvious damage was reported. Police have yet to confirm with the homeowner what, if anything, may have been stolen. The file is still under investigation.

Impaired Driving
• On Nov. 13, police attended a single-vehicle incident near the intersection of North Road and Chamberlin Road, Gibsons, involving a possible impaired driver after the vehicle ended up in the ditch. The lone driver, who was exhibiting signs of possible intoxication from alcohol, refused to provide a breath sample and was issued a 90-day immediate roadside prohibition for refusing to provide sample. The driver’s vehicle was also impounded for 30 days. The matter has been referred to RoadSafetyBC.

Scam
• On Nov. 10, a Coast resident reported he’d been scammed into giving out his Social Insurance Number after receiving a call from someone purporting to be from the Canada Revenue Agency. The resident was advised to contact the credit bureaus such as Equifax or Transunion in case this sensitive information was used to open fraudulent accounts. To learn more about this and other common scams, and how to avoid falling prey to them, please visit sites such as the Canadian Anti-Fraud Centre at www.antifraudcentre-centreantifraude.ca or the Better Business Bureau at www.bbb.org.