A group of doctors on the Sunshine Coast has launched a task force to address the opioid overdose epidemic that’s grown deadlier because of COVID-19. The new Overdose Prevention Task Force had its first meeting June 30 and is overseen by Dr.
Jul 10, 2020 6:15 AM By: Sophie Woodrooffe 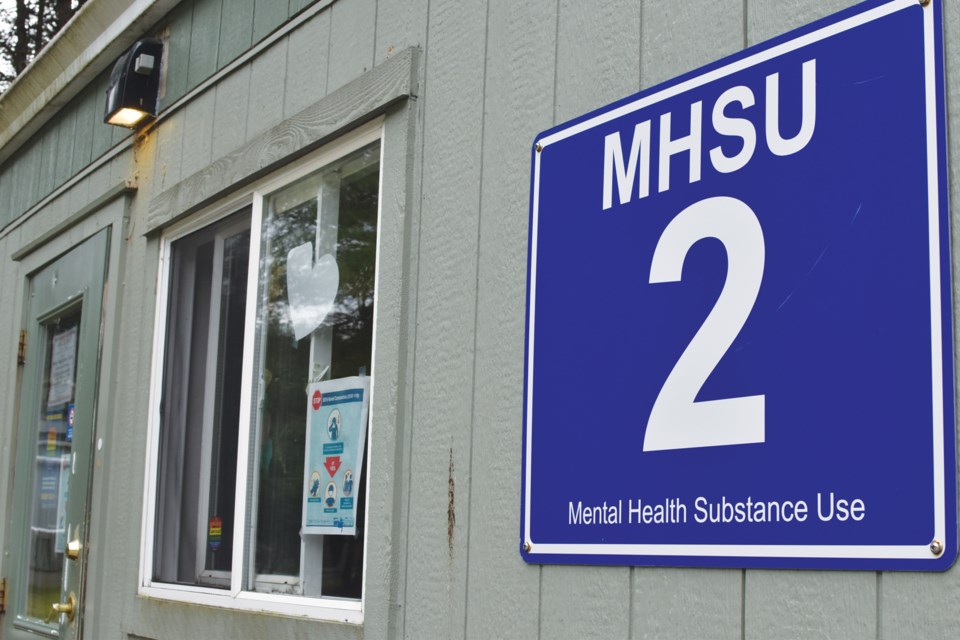 The substance use disorder clinic at Sechelt Hospital.Sophie Woodrooffe Photo

A group of doctors on the Sunshine Coast has launched a task force to address the opioid overdose epidemic that’s grown deadlier because of COVID-19.

The new Overdose Prevention Task Force had its first meeting June 30 and is overseen by Dr. Joerg Jaschinski, the clinical lead at Sechelt Hospital’s substance use disorder clinic.

The task force is funded through the General Practitioners Services Committee via the Sunshine Coast Division of Family Practice – a group of family physicians that works to achieve local health-care goals.

While still in its early stages, the task force is taking lessons from another one recently formed: the COVID-19 Physician Task Force.

“The general feeling is that they made a big difference and it made me think that what they’ve done, we can copy with regards to the epidemic around opioid deaths,” said Jaschinski.

The overdose prevention task force comprises physicians, including ER doctor Herman Mentz, who also sits on the COVID-19 task force, and will use a “hub and spoke” model to maintain close relationships with peer support workers, the Community Action Team (CAT), disability and mental health services and other community groups to address issues of housing and food security. The wide-ranging approach is necessary, said Dr. Jaschinksi. “If we don’t address all the causes, then we’re not going to make a difference.”

By analyzing emergency room visits, overdose rates, suspected overdose deaths and testimonials from users, the task force is aiming to build a richer picture of who on the Sunshine Coast is at risk of overdose.

Jaschinski believes drug use on the Coast is widespread. About a decade ago, when he began working at the clinic, Jaschinski treated approximately 30 patients. Over the past three years, as the crisis deepened across the province, his patient roster quadrupled. “We estimate we have between 130 and 140 people right now receiving treatment,” he said.

Another group the task force must reach, says Jaschinski, is binge users or recreational users – people who may use once a week or once a month – and who because of that are at higher risk of overdose. “That one use with the wrong substance can result in a death and it has happened,” he said. “People unwittingly thought they were using cocaine but there was fentanyl mixed in with it, and unfortunately they never wake up.”

Because the root causes of addiction, or substance use disorder as it’s clinically known, are so varied, the task force is looking at several options for reducing the death count, some of which are already underway, such as a safe consumption site.

To ensure their tactics are effective, they also need to be long term, Jaschinski said. “We want the changes that we bring about to be sustainable and for that we need complete support from Vancouver Coastal Health,” he said.

“I wouldn’t want to see something that just shows up for a short period of time and when the focus is off opioid deaths it just disappears again … because substance use disorder will be with us forever, just like asthma and diabetes.”

To that end, the task force wants to see access to safe consumption and treatment services from Gibsons to Pender Harbour. Currently, those services are concentrated in Sechelt.

One option, to start, could be a mobile safe consumption site – something that has worked in Powell River.

Local governments are expected to weigh in on options for locations for a site after the issue was brought to the forefront with an ad hoc site that appeared near Hightide Avenue in Sechelt in June.

A recent small survey of users distributed in Sechelt by the Sunshine Coast CAT, found 90 per cent of respondents had either overdosed or were at risk of overdose, and 100 per cent would use a public safe consumption site. The CAT will be distributing a similar survey in Gibsons.

But the number of people accessing treatment such as methadone at the Sechelt Hospital clinic, where Dr. Jaschinski works, is low – 32 per cent had accessed the treatment and 15 per cent hadn’t heard of the clinic.

Many people, including binge users, don’t want treatment and “it’s them in particular that we need to reach out to,” said Jaschinski. To that end, the task force will be communicating with physicians on the Sunshine Coast to familiarize them with a new “safe supply” program launched during the COVID-19 crisis to prevent people from accessing poisoned drugs flowing on the street. Jaschinski has provided prescriptions for about 20 people so far and is expecting more people to join.

And to educate patients treated for overdose at Sechelt Hospital, the task force is looking to assemble take-home kits that contain the opioid-reversing agent naloxone, a list of resources available on the Sunshine Coast and an explanation of how safe supply works, “so when they leave the emerge they have some tools readily available,” Jaschinski said. “At the moment people tend to leave and they have nothing.”

As with the COVID-19 task force, its lifespan will also depend on statistics, Jaschinski said. The task force will scale back only once a “radical” reduction in overdoses and deaths has been achieved.