New businesses lose out on access to key federal benefits 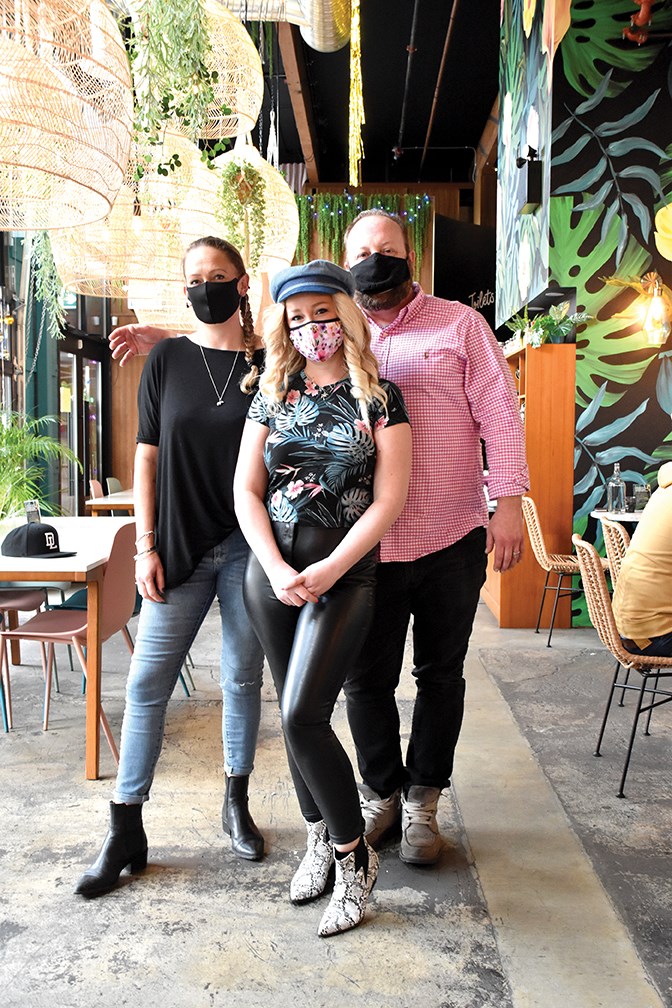 But with a 20-year lease signed in April 2019, hundreds of thousands of dollars in loans and savings already spent on start up costs, and staff waiting in the wings – pandemic or not, El Segundo had to open for business.

“We were legally and financially committed. We had no choice,” Osborne told Coast Reporter, six months after opening the Sechelt restaurant serving “tropical fusion fare with influences from the Pacific Rim,” which she launched with business partners in July – already four months behind schedule due to COVID-19.

At the time Sechelt Downtown Business Association (SDBA) president Paul Legge told Coast Reporter new businesses like El Segundo and Nourish Eatery and Juice Bar on Teredo Street, among others, were a big part of the association’s effort to create “experience” for people as part of the COVID-19 recovery for Sechelt.

But soon the weather turned. People stopped sitting outside. So the owners had to scale back their capacity.

Then, a jump in COVID-19 cases beginning in October signalled the start of the second wave. Fewer people walked through their doors.

Revenue should have increased in December with Christmas parties booking the entire restaurant. Instead El Segundo is operating “way, way below our break-even point,” to the tune of 10 per cent of summer earnings, said Osborne. “That’s where this feels inequitable.”

It’s inequitable and catastrophic because El Segundo is missing a key ingredient to qualify for the federal support dished out to businesses with a longer track record.

Mark Yellowley of Community Futures, a partner with the Sunshine Coast Business Recovery Task Force, said at least a dozen Sunshine Coast businesses have faced hurdles with eligibility criteria, and at least two have encountered the same issue as Osborne – they’re too new to qualify for federal benefits.

Muriel Protzer, senior policy analyst with the Canadian Federation of Independent Businesses (CFIB), describes the issue as a “pretty significant flaw” that extends way beyond the Sunshine Coast. It’s “completely locked newer businesses out,” she said.

More than 250,000 businesses launched in Canada between March and August wouldn’t be able to show revenue, either. “There’s at least that many businesses who are in this position,” with many in jeopardy of closing either temporarily or for good, said Protzer. “That simply isn’t fair.”

New hospitality businesses have been hit especially hard by this ineligibility issue because of timing, according to Samantha Scholefield, program manager with the BC Restaurants and Foodservices Association. “It’s just completely devastating,” she said. “It impacts anybody who started building but didn’t plan to start operating until after February.”

Under the current rules, businesses have to disclose their revenue or “pre-crisis pay periods” in 2019 or January and February of 2020 to receive subsidies or loans.

West Vancouver-Sunshine Coast-Sea to Sky Country Liberal MP Patrick Weiler acknowledged the gaps, telling Coast Reporter when the programs were rolled out “on an emergency basis” in the spring, it wasn’t clear how long they would last.

They were designed to prevent organizations seeking to “abuse the process,” said Weiler.

The issue started to come to light in September, according to Scholefield, and was exacerbated with the spate of public health orders starting November that banned all events and social gatherings. “That impacted dramatically the number of people going out to restaurants,” she said. Even though they remain open, “people are scared.”

Many B.C. restaurants are busy between May and Thanksgiving, so they target a soft opening in the spring to ease into the busy season. “Anybody who would follow that regular pattern of growth of a new business … all those people just fell into a crack.”

That happened to Cheryl Chang, who had planned to open her eatery, Nourish, in March but was forced to delay the opening due to construction slowdowns related to the pandemic. It was late April before she was able to open her doors.

As in the case of El Segundo, Chang is also locked into a multi-year lease, in addition to investments in a kitchen and dining space.

“Even if we shut down, there’s still rent and costs to be covered,” she said.

Osborne reached out to numerous Sunshine Coast agencies, including the Sunshine Coast Regional Economic Development Organization, Sunshine Coast Tourism and others. “All of these people are empathetic of my situation, but have limited ability,” she said. “It all circles back to, just borrow more money.”

Both Samantha Scholefield of the restaurant association and Muriel Protzer of CFIB said they have been advocating for the federal government to change their eligibility requirements.

Scholefield said the interregnum period during the provincial election caused a delay in the government’s response, while Protzer said the federal government appears to be listening to her organization’s national advocacy team.

But it’s been months since the issue has been raised, and the response “hasn’t necessarily been quick enough,” said Protzer. “Small business owners simply don’t have the time to wait around.”

CIFB wants to hear a promise from the federal government that relief will come. “We haven’t had that yet,” said Protzer.

The issue was raised in the House of Commons in November by NDP critics Gord Johns and Laurel Collins. The Regional Relief and Recovery Fund was offered by the Liberals in response.

Osborne said in July her business did rely on that fund, a catchment program giving those who weren’t eligible for CEBA loans up to $40,000.

The CEBA program expanded Dec. 4 to offer a total of $60,000 to eligible businesses, but Osborne discovered expansion wouldn’t apply to the regional relief fund.

Besides, said Osborne, it would just increase her debt load. “I don’t want to have to borrow $100,000 that my neighbours are being given.”

To that end, Osborne has submitted a petition for the federal government to finally resolve the problem and free up money for new hospitality businesses. On Dec. 15 Weiler authorized it. If it receives more than 500 signatures, Weiler will present it to the House of Commons, which will require a government response.

Weiler said he supports Osborne’s ideas that wages and revenue could be compared to industry standards and expenses paid submitted as proof, as workable alternatives. “I think there are ways the legislation can be changed. I think it is unfair for businesses in her situation, and I know she’s not alone,” he said.

But, assuming enough signatures are collected, the petition won’t be presented to government until the next session in late January.

In the meantime, Both Osborne and Chang said they are committed to keeping their restaurants open. “We’re not going to shut down,” Chang told Coast Reporter.

As for Osborne, summer was hard, but one thing she and her business partners proved was – given a chance – the restaurant could succeed. “It’s a fun, well-received product, and a profitable business model,“ she said. Until then, “we are going to continue to borrow money and subsidize this restaurant.”